We employed PASHA protocol in 46 patients after continuous sac expansion following primary EVAR where the standard 4-phase CTA could not identify the EL source (Figure 1A). PASHA protocol uses a prone position during standard 4-phase CTA, which displaces the aorta anteriorly by approximately 5 mm, shortening the anterior cortex distance and allowing fluid transudation due to gravity with maximal EL enhancements (Figure 1B). 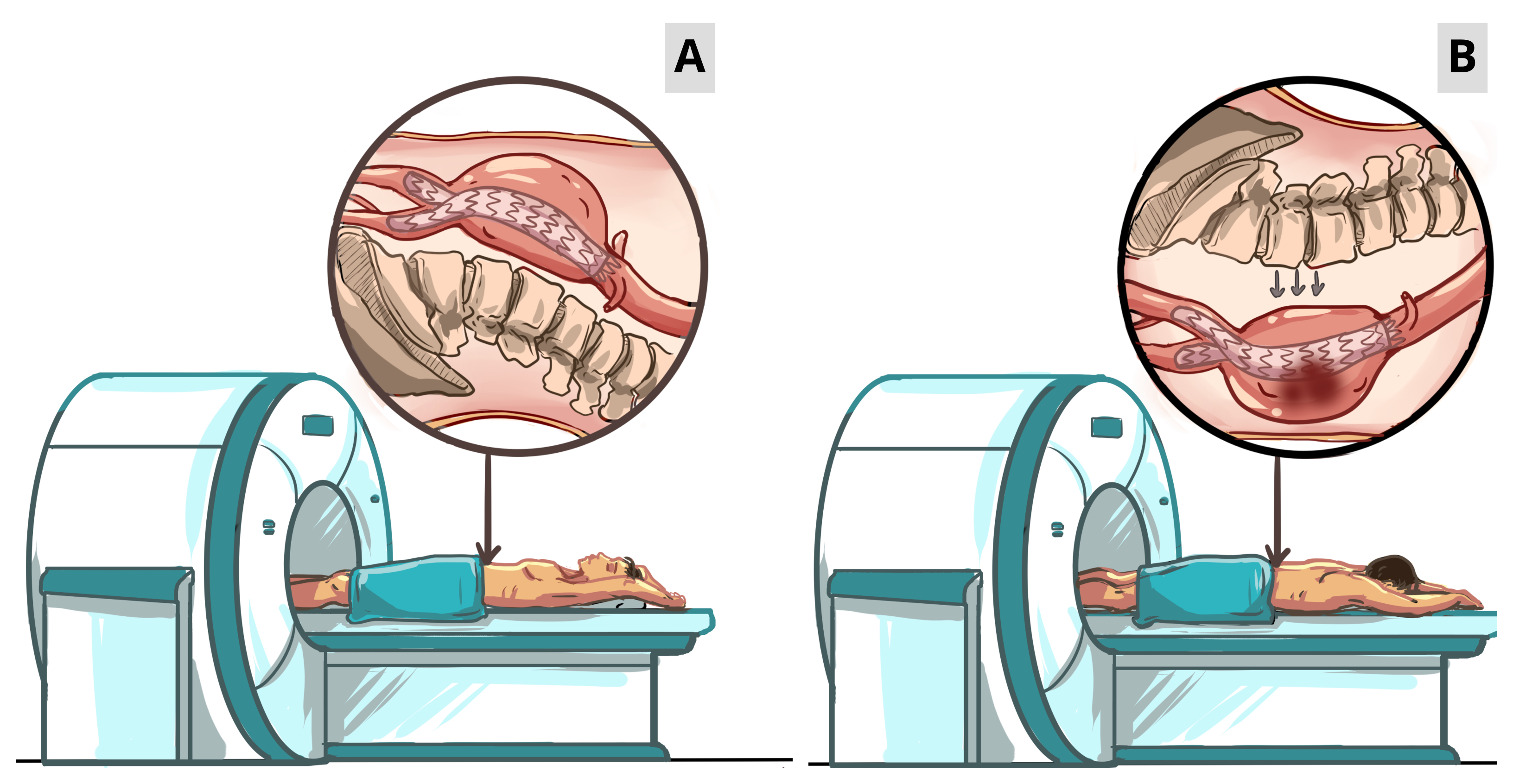 The average number of CT scans performed before diagnosing EL with PASHA protocol were 3.4 ± 1.5 (range: 1 - 6). PASHA protocol demonstrated EL in all 46 cases that the standard supine 4-phase CTA could not identify. PASHA protocol effectively enhanced the degree of contrast infiltration into the aortic sac in all the patients.

PASHA is a multi-phase positional CTA technique that enhances the degree of contrast infiltration into the aortic sac when micro-leaks are present, increasing the EL detection rate following EVAR and strategically mapping successful future intervention.