When treating coronary bifurcation lesions using provisional stenting, the importance of performing Final Kissing  Balloon Dilation (KBD) before performing final proximal optimization re-(POT) is a matter of debate. We assume that initial POT followed by single side branch dilatation (without KBD) may result in strut malapposition despite performing final POT.

Provisional stenting was performed using POT-SIDE-POT without KBD and used (CFD) to identify the local hemodynamic parameters and values of wall shear stress (WSS ) on the malapposed stent. 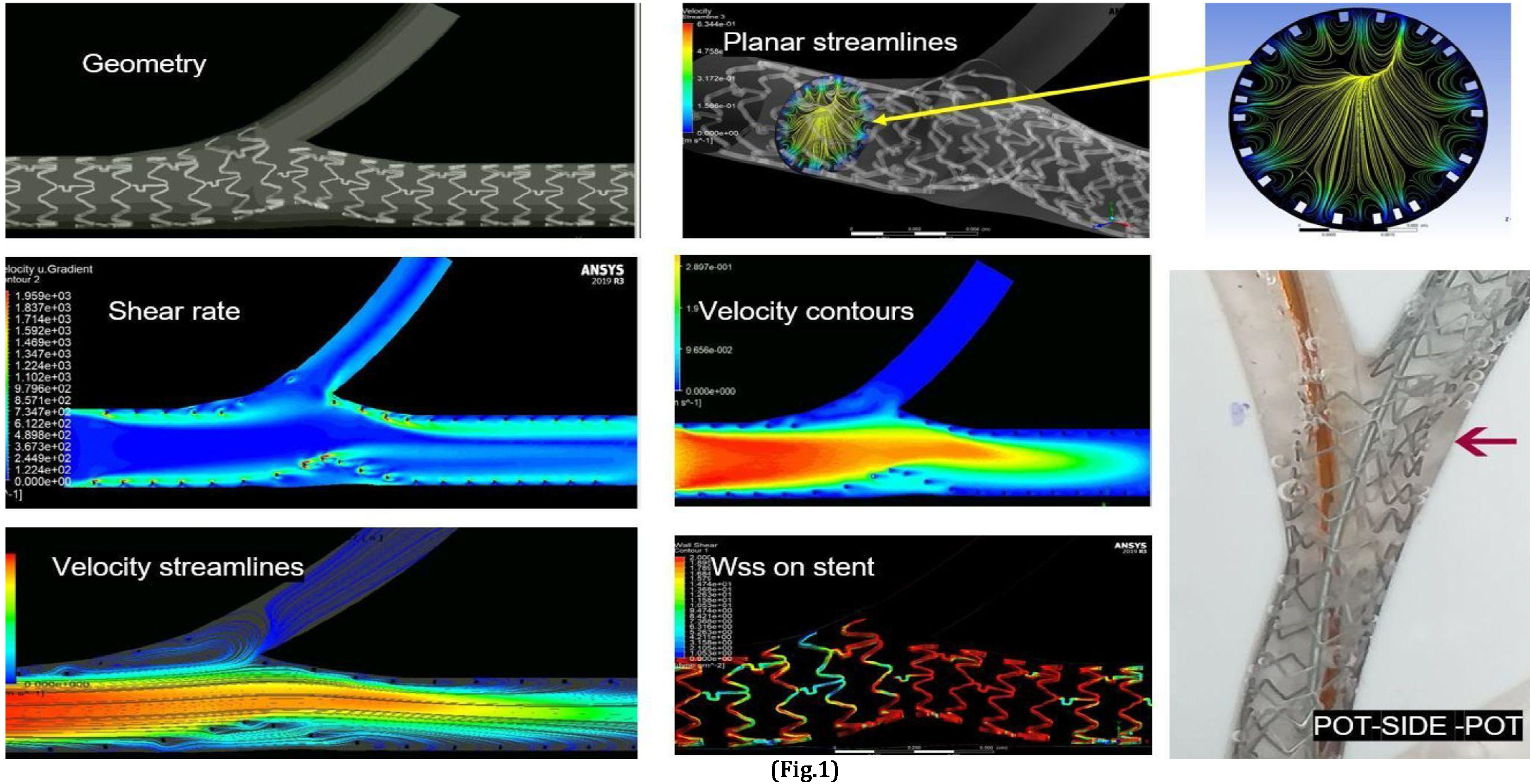 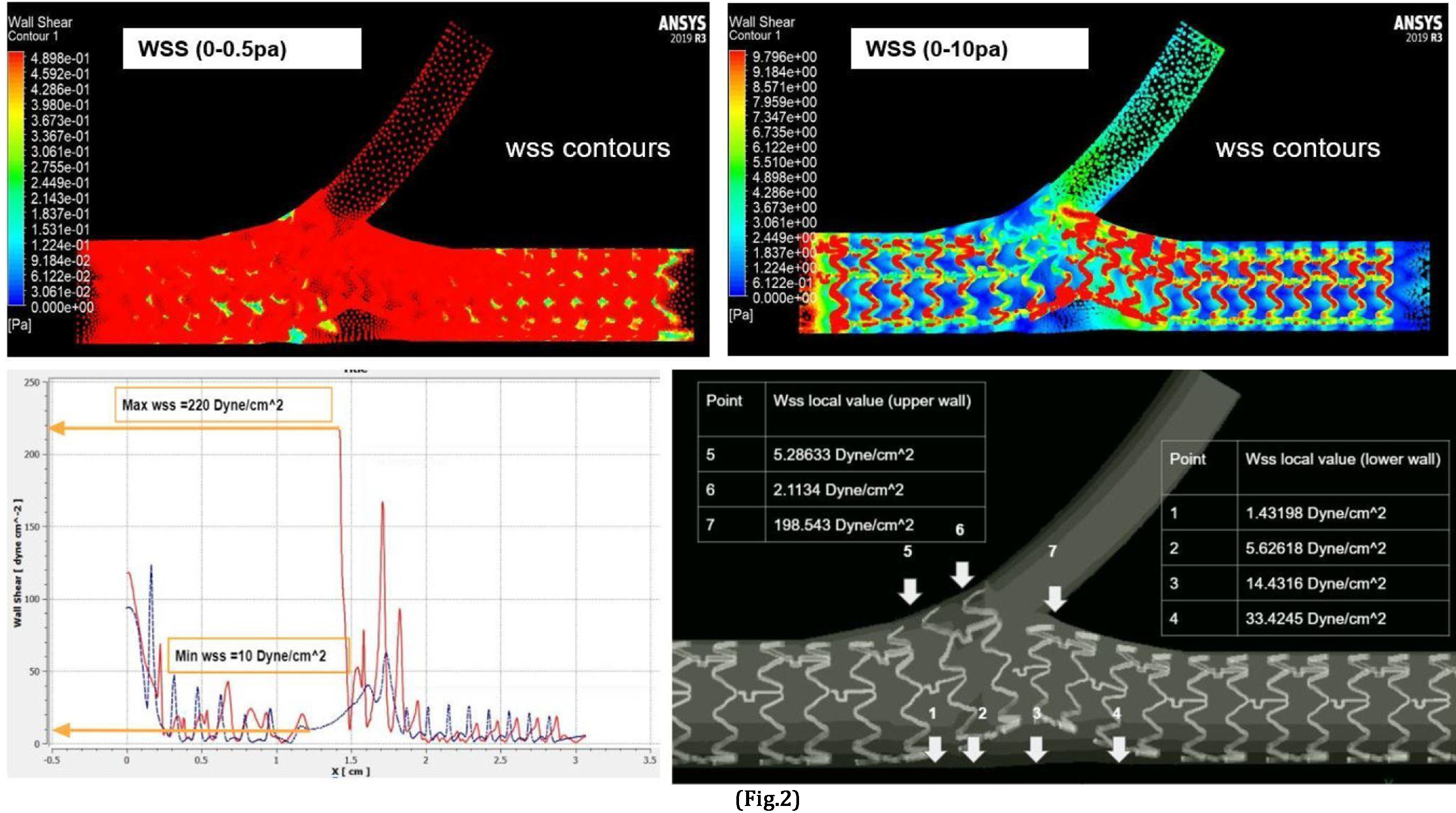 Strut malapposition in cases where a final KBD despite (re)-POT is not performed disrupts blood flow causing low wall shear stress regions and may explain the relative increase in the risk of developing restenosis as suggested by the present CFD study.