Chronic atrial stretch caused by ASD results in atrial electrical remodeling, which is manifested as prolonged P-wave duration, this has been proposed as a substrate for arrhythmia later on.We studied atrial geometric and volumetric changes 6months after percutaneous and surgical Secundum ASD closure by CMR and compared the effect of these two methods of closure on P wave dispersion.

A 12- leads ECG was recorded at a speed of50mm/s and amplitude of 1mV/cm before and 6 months after ASD closure.P wave duration: Distance between the junction of baseline with the point of the earliest and latest P-wave activity. The longest P wave duration was noted as P wave maximum (P max)and the shortest duration as P wave minimum (P min) in any of the 12 ECG leads. P wave dispersion (Pd): defined as the difference between the maximum and the minimum recorded P-wave duration.CMR assessment pre and 6 months post-ASDclosure using a 1.5 Tesla MRI scanner (Ingenia Philips). Cine Steady-StatePrecession (SSFP) ECG gated sequences in 2, 3, 4 chambers were recorded. The left atrium (LA) volumes were measured by manual tracing of the endocardial contours in 2- & 3- and 4-ch SSPS cine images with the exclusion of the left atrial appendage and pulmonary veins. Longitudinal and transverse diameters were measured in the 4 and 2 chamber views, figure 1. LA anteroposterior diameter was measured in the 3-chamber view.the maximum diameters and volumes were measured in the 4- and 2-chambers views. The same method was used to calculate the maximum and minimum volumes of the RA, the cava veins were excluded, but the atrial appendage was included. figure 2. 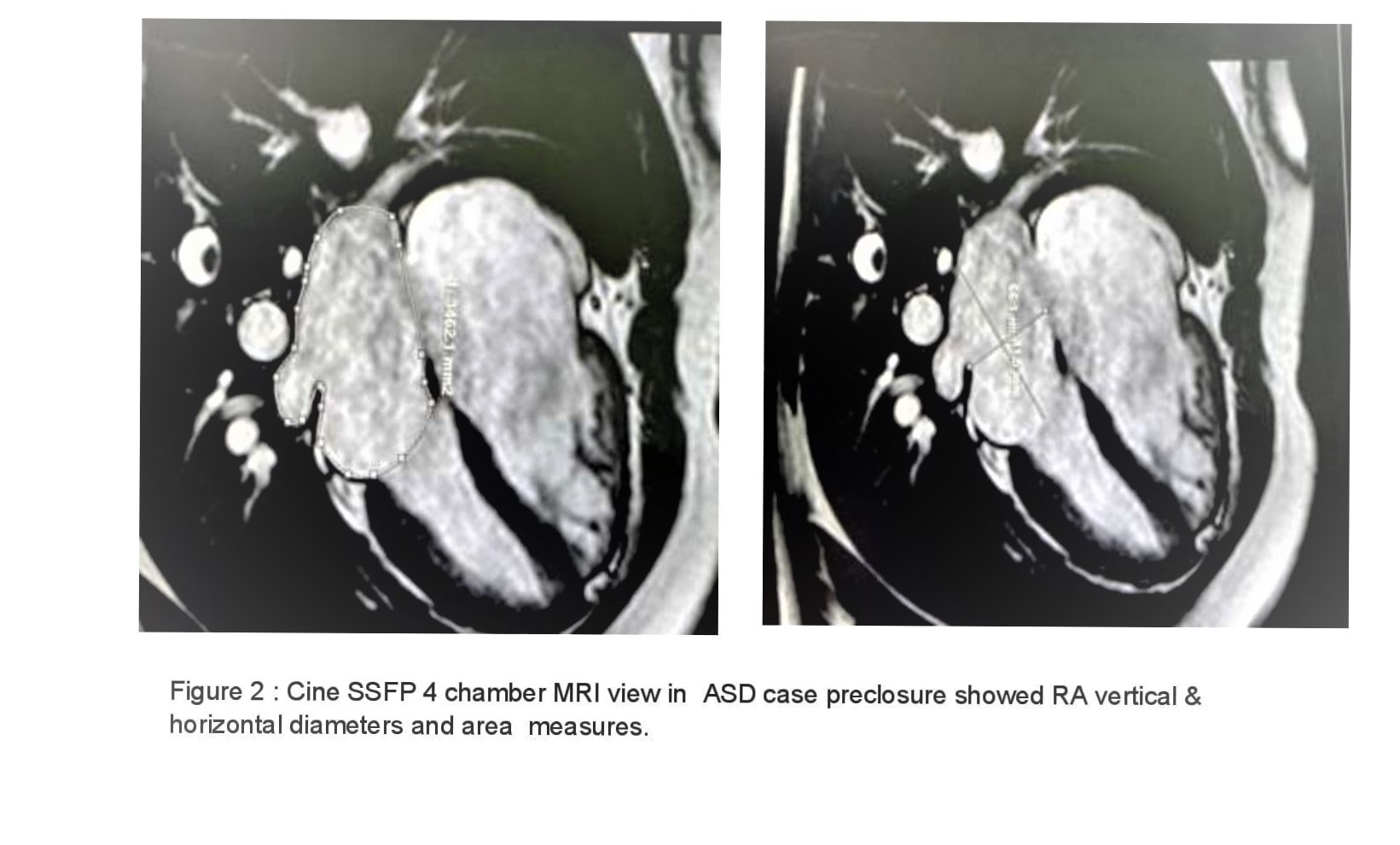 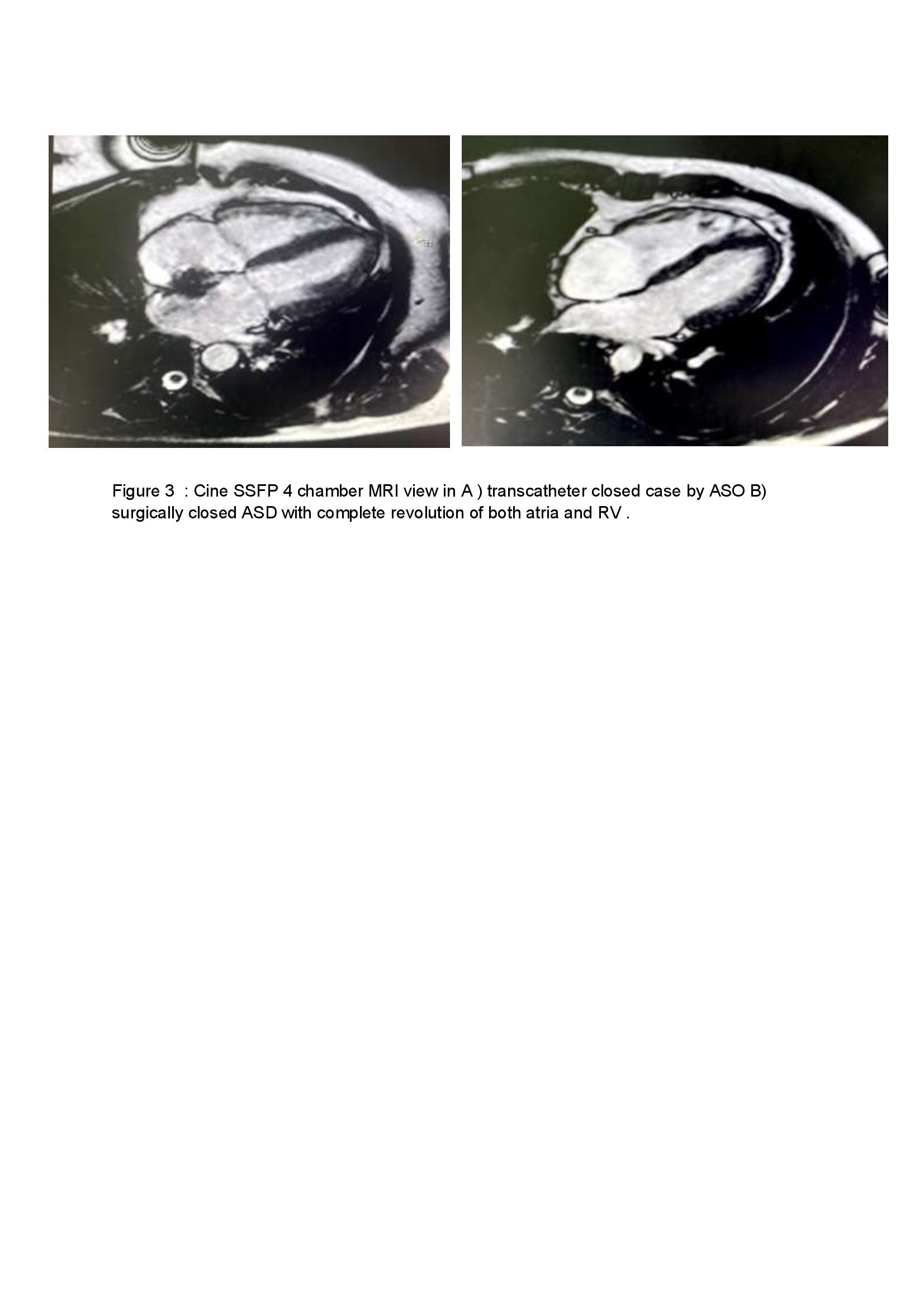 Results: Thirty adult patients with isolated Secundum ASD were included (15 patients had transcatheter ASD closure and 15 age and sex-matched group had surgical closure; the majority(66%) were females under the age of 40)
Table 1: Electrocardiography among enrolled patients based on the type of closure

Table 2 : Parameters of right atrium among studied patients based type of closureData expressed mean (SD). P-value was significant if < 0.05. RA: right atriumconclusion:Bi-atrial electrical changes in middle-aged ASD patients do not improve 6 months after percutaneous and surgical ASD closure despite significant changes in atrial volumes and geometry. This indicates a poor correlation between mechanical and electrical remodeling in adult patients.