The attached Figure (1) shows the Cumulative Percentage of the Different Degrees of Post-TAVR Aortic Regurgitation Assessed with Quantitative Aortography. Figure (2) shows the comparison of the mean LVOT-AR after TAVR among the 11 THVs.The main findings of the present study are that:1-The addition of anti-PVR sealing features to the new generations ACURATE neo2 THV proved to be effective in reducing the incidence of significant PVR In comparison with the first generation ACURATE neo. 2- Myval, VitaFlow, and Venus-A THVs are showing promising results.     3- Although the incidence of moderate/severe AR has regressed over time with new generations of THVs, the incidence of mild AR is still prominent with all THVs still exhibiting mild AR with an incidence ranging between 30%- and 50% apart from the Lotus valve that had an 19% incidence of mild AR. 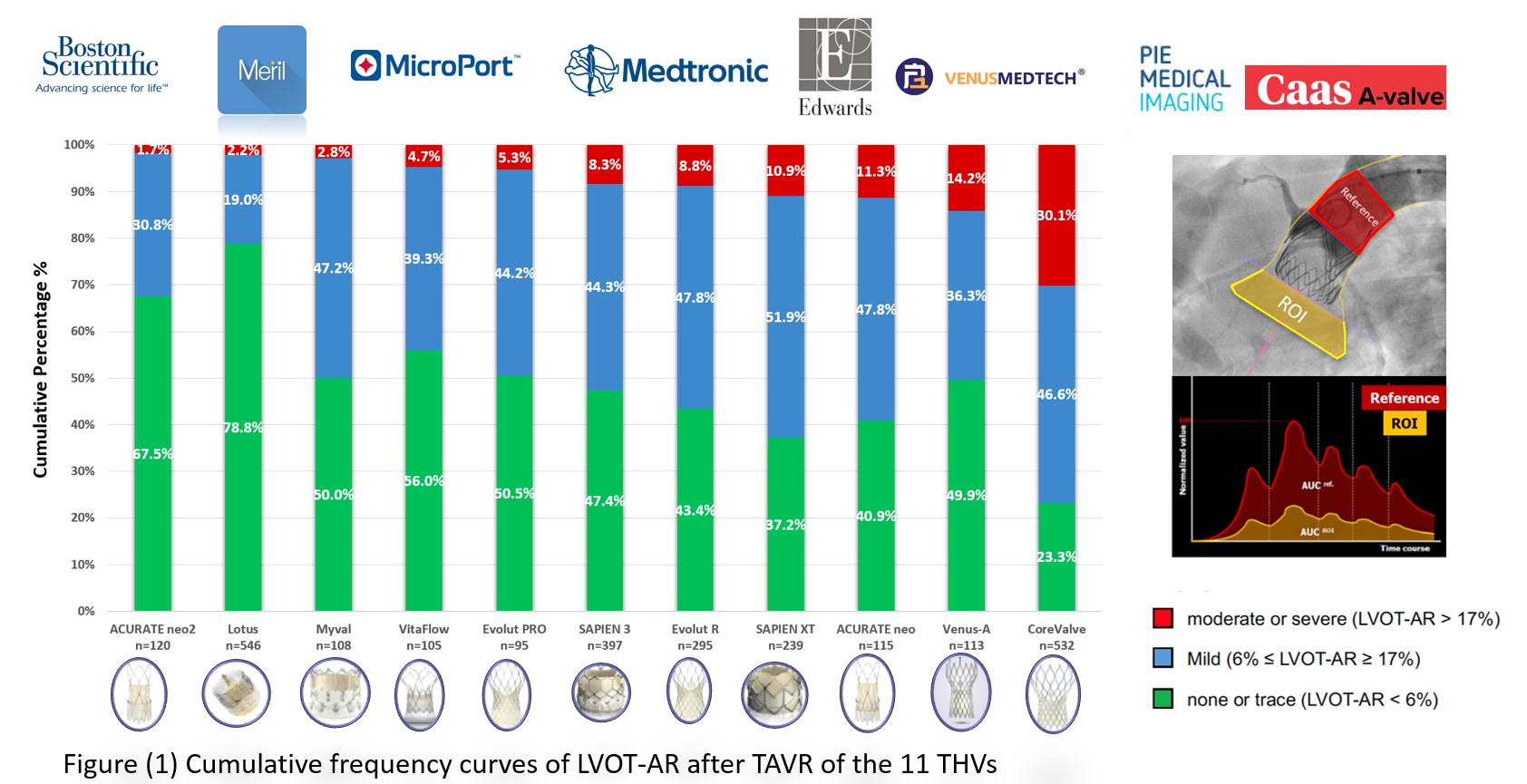 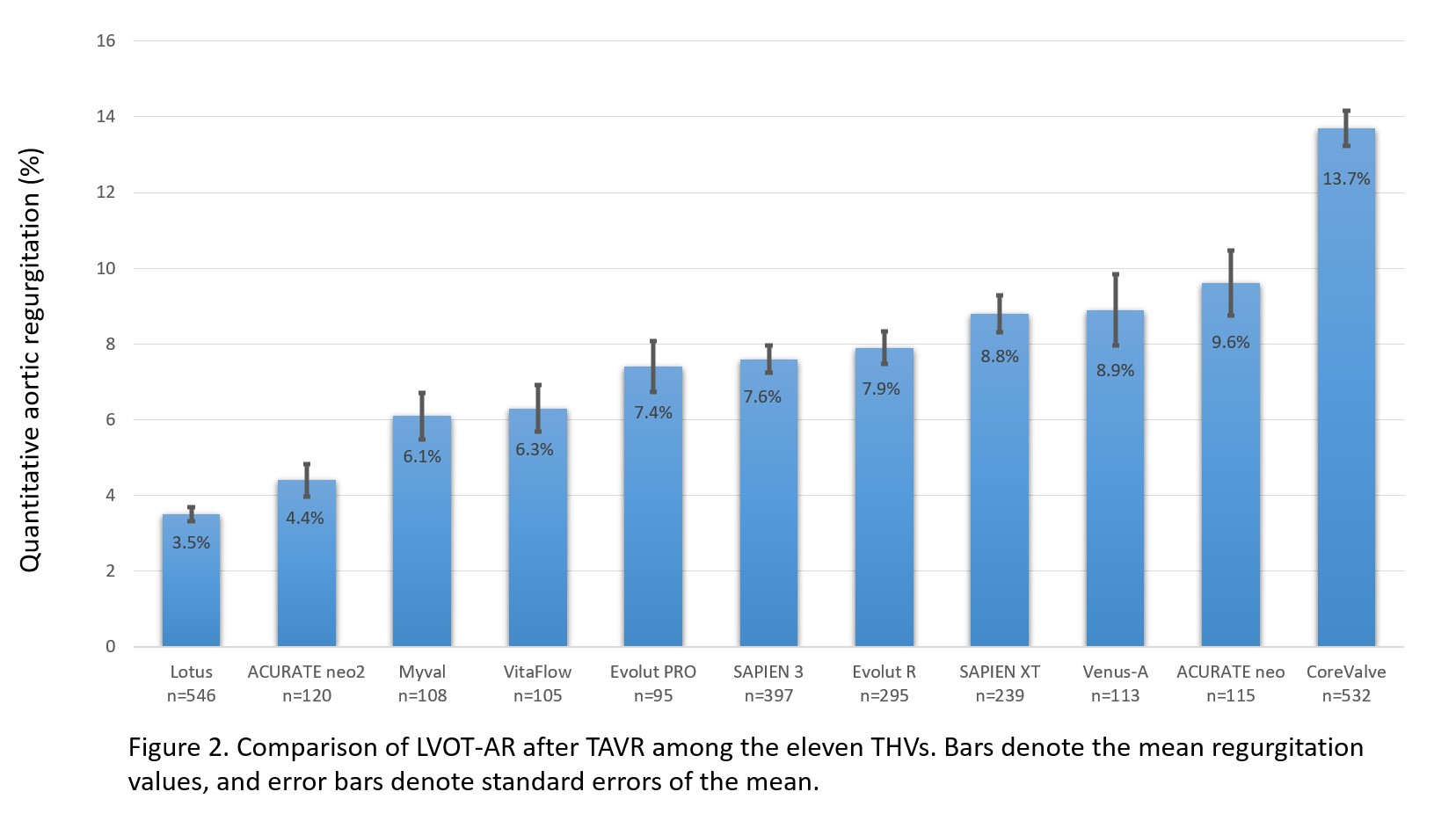 The ACURATE neo2 THV had the lowest severe/moderate percentage of AR showing significant improvements in comparison to ACURATE neo. Myval, VitaFlow, and Venus-A are promising options in the THV armamentarium. These results should be confirmed in prospective randomized, head-to-head comparisons between THVs.