Extracorporeal cardiopulmonary resuscitation (ECPR) have been introduced into patients with refractory cardiac arrest. It was reported that low-flow duration (LFD) was one of the strong factor for improvement of survival rate in patients who received ECPR. The hybrid emergency room (hybrid ER) was first established in 2021 in Japan, which was defined as an integrated cath-lab and CT scanning in ER. The aim of this study is to assess the benefits of hybrid ER for ECPR with new protocol against patient with out-of hospital cardiac arrest (OHCA). 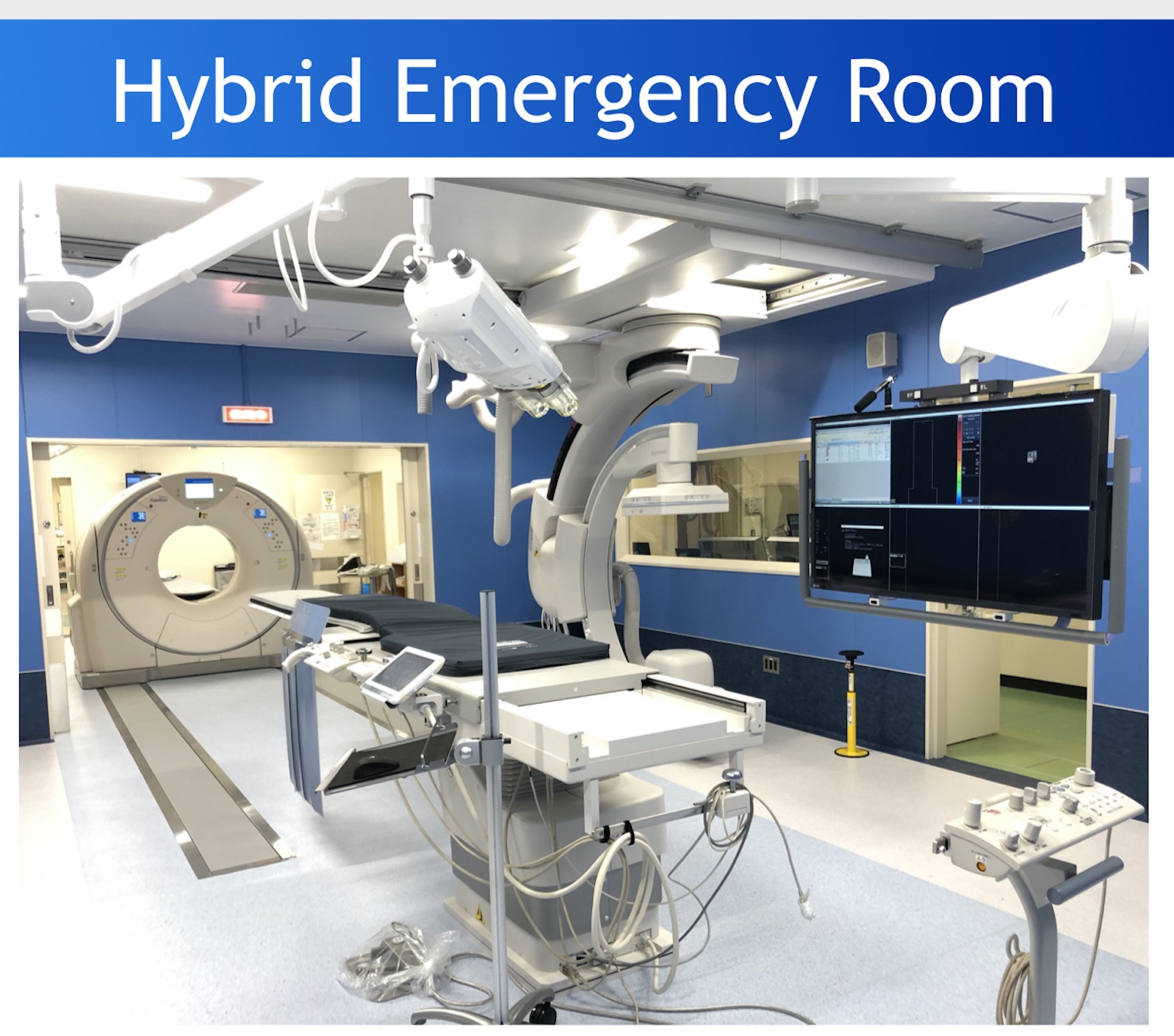 Consecutive 67 patients with OHCA were enrolled among January 2021 to August 2021, who received ECPR before return to sinus rhythm. We divided cohorts into 3 groups in according to the place in which ECMO was introduced into patients (group H  (n=12): in Hybrid, group E (n=21): in ER before hybrid-ER started, group C (n=34): in cath-lab). Moreover, we assessed the door to ECMO time (DTET), LFD and result of both acute phase mortality.

Hybrid-ER contributed the reduction of Low-Flow Duration and Door To ECMO Time, and had expectation for better clinical outcome for patient with OHCA by using new protocol.