An 85-year-old man presented with acute abdominal pain for 1 day. He had atrial fibrillation (AF), but he did not take medication for it. The physical exam revealed soft and flat abdomen without localized tenderness or guarding. 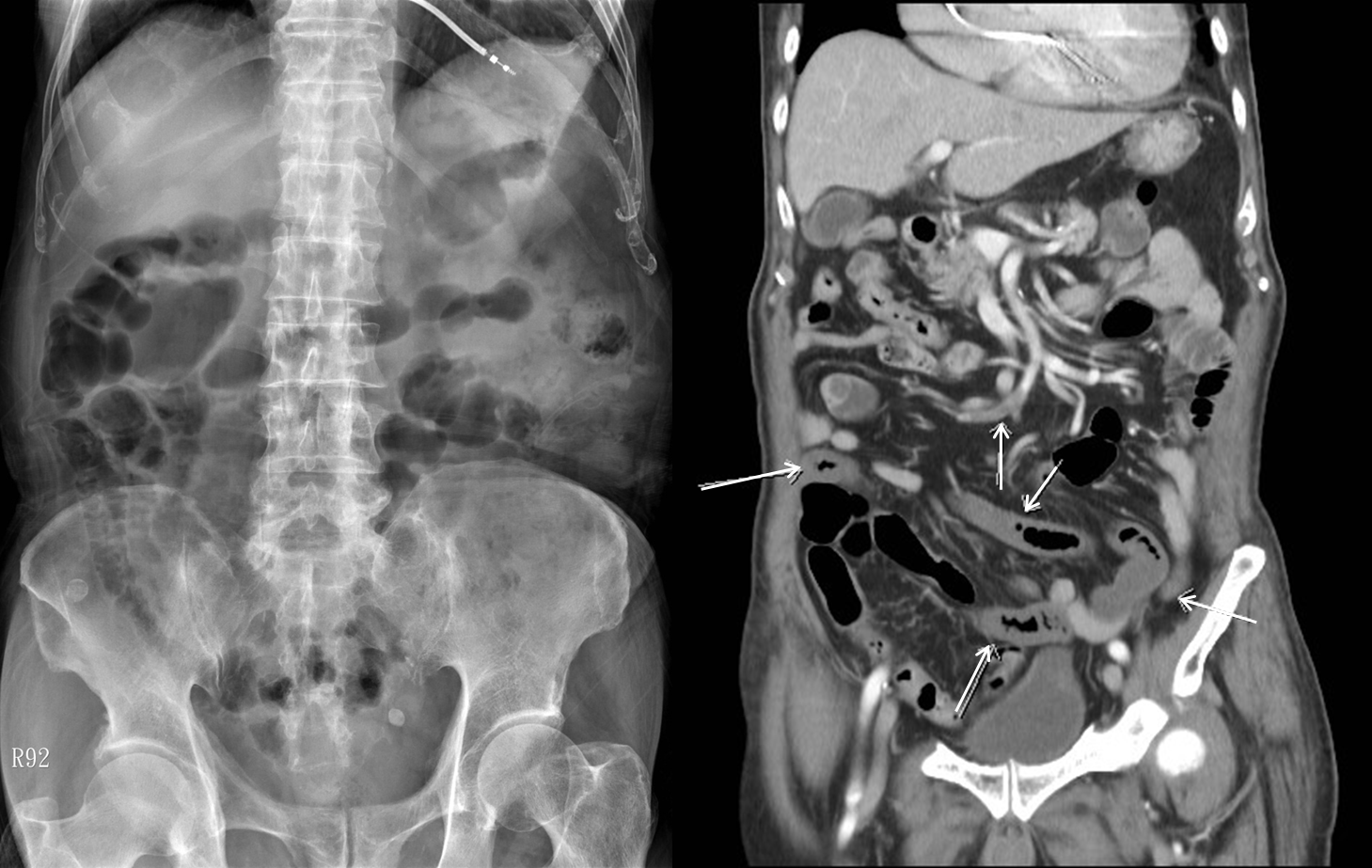 Total occlusion with large thrombi burden at one of the branch of superior mesenteric artery.

Acute SMA occlusion is risky and catastrophic because this medical emergency leads to ischemic bowel disease. Multi-discipline modalities may be needed to revascularize the occluded SMA without any delay. We successfully performed endovascular intervention with numerous techniques and devices in one patient, including stent retriever (thrombectomy), thrombosuction catheter (thrombosuction), catheter-directed thrombolysis (thrombolysis), and stent deployment. Endovascular intervention provides an effective and safe way to revascularize acute SMA occlusion other than open surgery.