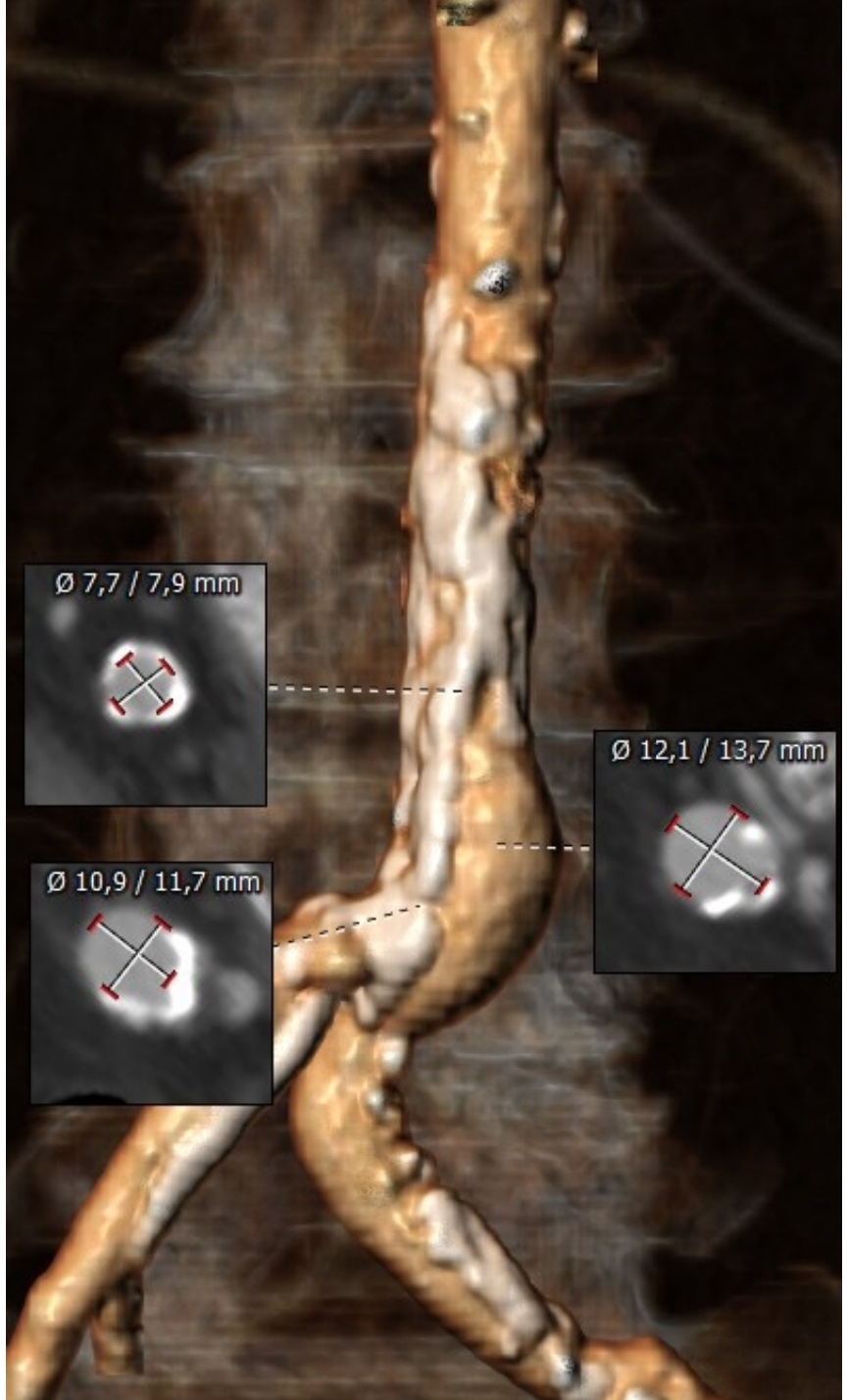 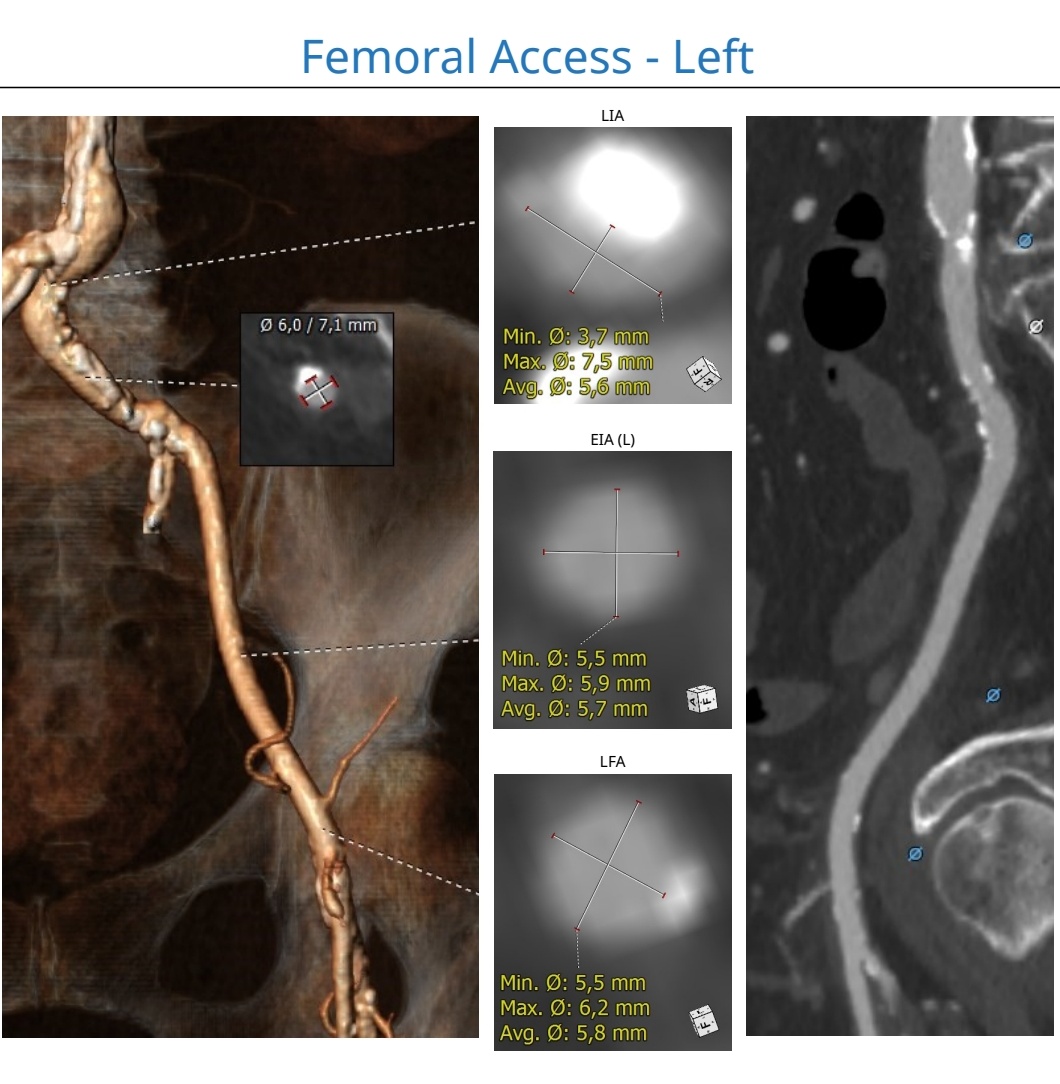 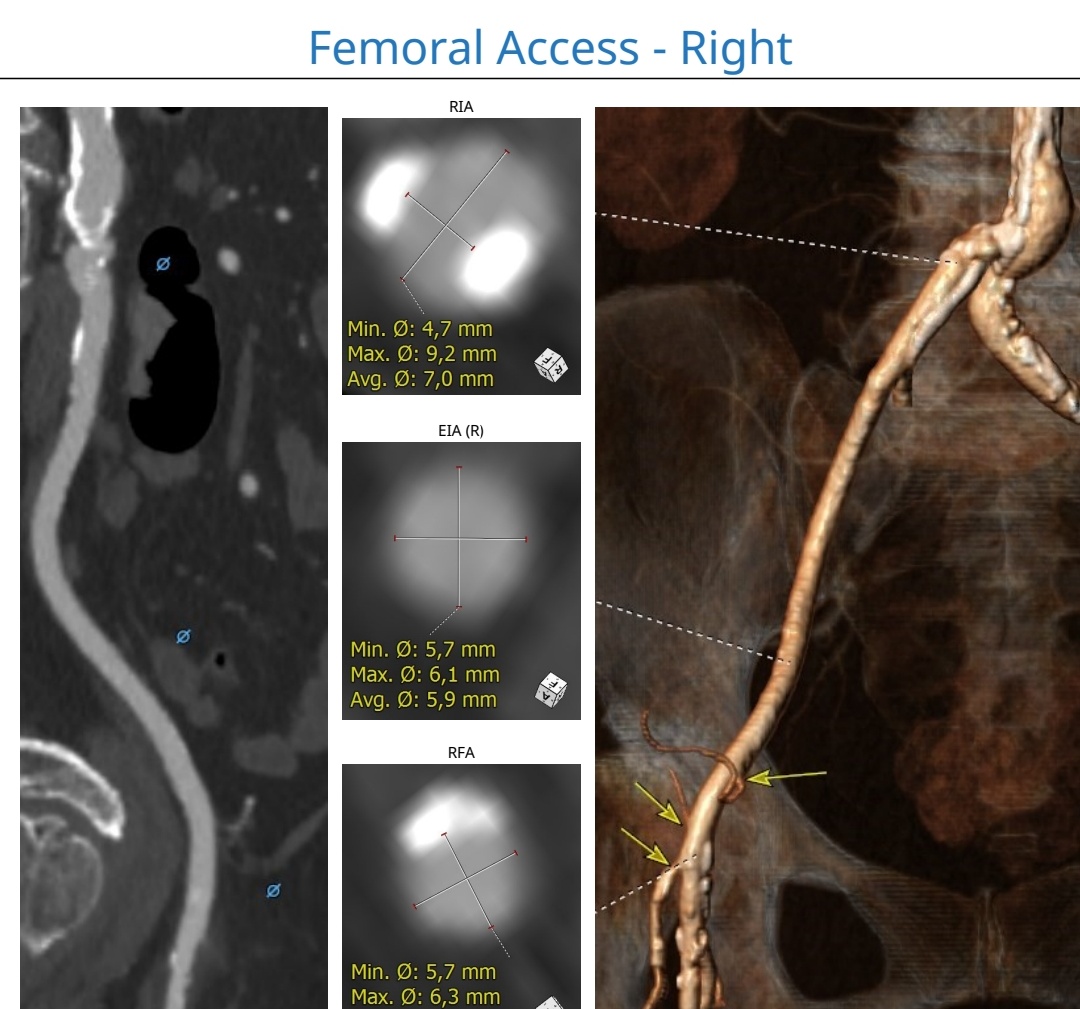 Bilateral femoral puncture with 6F sheath. Preclosed with 2x proglide on right femoral.Upgraded right femoral 6F sheath (device location) to 12Fsheath. While trying advance dilator of 14F sheath, we were unable to progress further beyond right common iliac to distal aorta due to severe calcification. Noted the calcium piece moves on manoeuvre.Decided to predilate right common iliac artery and distal aorta with peripheral balloon 5.0 x 20 above nominal pressure.When trying to advance the main device Corevalve Evolut R 23mm noted still hitting the calcium at distal aorta.On trying to push the device further noted there were give away of TAVI device as it moves forward and the whole piece moves together with the device.Immediately, pulled back device and taken angiogram shot from pigtail. Noted descending aortic dissection below the renal arteries. However, it was non flow limiting.Decided to predilate distal aorta with 6.0 x 40 balloon. Following that manage to cross the device and deployed TAVR successfully.Before ending procedure, angiogram shot taken showed no worsening in size of dissection. Decided for conservative management with plan to repeat CT angiogram later.

Aorta calcification is commonly seen especially in the elderly where the most common age group TAVI being performed. In this case, there is a severe calcification at distal aorta which was underestimated. Though the initial report showed there is enough space for the TAVI device to go through, the extent of calcium was extensive that it didn't allow the device to go through despite of predilatation.Pushing any large device across a severe calcification need to be made carefully as stripping of calcium could lead to life-threatening aorta perforation. In this case, we were fortunate that calcium stripping only caused non flow limiting dissection.