Double Whammy - Inferior and Anterior Myocardial Infarction in the Same Patient, in the Same Day

71-year-old retired army officer, who is status post CABG in 2002, LIMA to LAD, SVG to RCA and SVG to Intermediate artery. Subsequently, his LIMA graft had totally occluded in 2004, requiring him to undergo PCI to native LAD. In 2015 he had  PCI to SVG RCA done. His comorbidities include Hypertension, Diabetes and Dyslipidemia.His baseline Ejection Fraction on ECHO is 65%, no hypokinesia.He presented on 9/10/2020 with chest pain, ECG showed ST elevation in inferior leads, treated as Inferior MI. 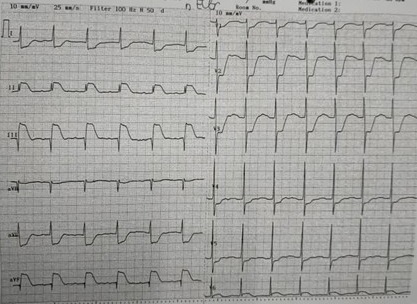 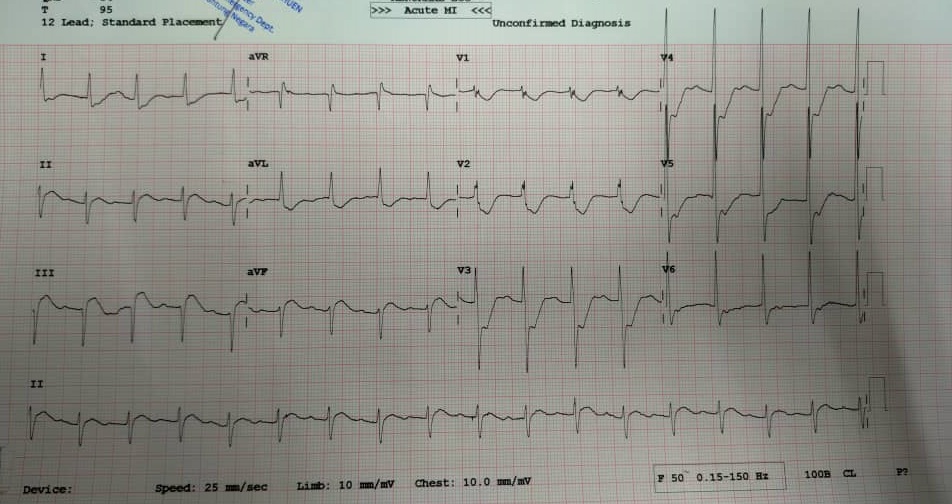 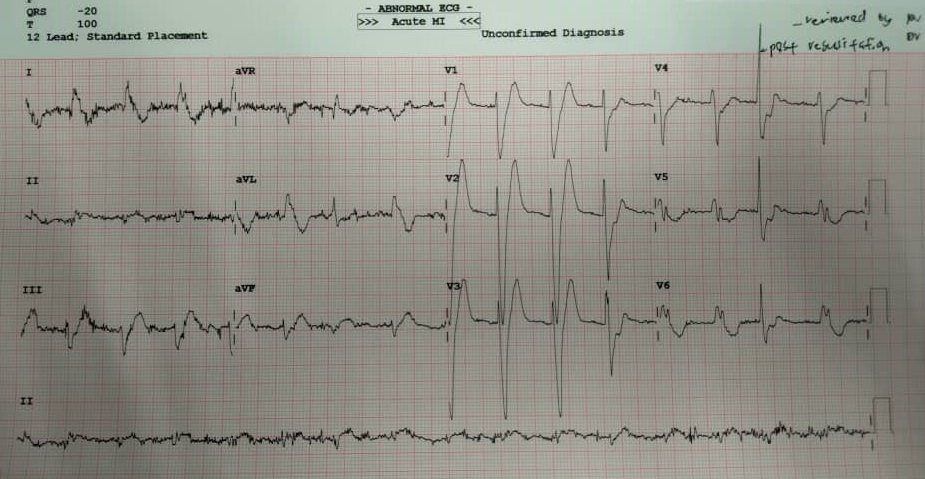 Angio of SVG to IM.avi

Diagnosis: Acute occlusion of SVG to RCA causing inferior MI, and acute subtotal occlusion of SVG to IM causing anterior MI in cardiogenic shock.According to the CVLPRIT-SHOCK trial, we should restore flow in the culprit vessel. In this case, as the patient had both inferior and anterior MI, we sought to quickly restore perfusion in both the SVG RCA and SVG IM vessels.
Beginning with the SVG RCA, we used a MB-1.0 guiding catheter, wired into the SVG to distal RCA with a RUNTHROUGH FLOPPY wire, and due to the heavy thrombus burden, performed thrombus aspiration with an EXPORT catheter. Red thrombus aspirated. Despite thrombus aspiration, there was residual thrombus at the mid segment of the graft. Further direct thrombus aspiration with the guide catheter was successful in removing the thrombus and restoring TIMI 3 flow to the SVG RCA
We then quickly used to JR Guiding 6Fr catheter to engage the SVG IM vessel and used the same wire into the distal IM vessel. Predilated with 2.5x15 TREK balloon, then Stented with DES ONYX 3.5x18mm at 18 atmospheres. Stent was well expanded with TIMI 3 flow into the IM and it's branches.

Patient survived the stormy procedure, intubated on 2 low dose inotropes with IABP support and had sinus tachycardia rate 98 thus the external pacemaker removed. He gradually recovered and was weaned from life support over the course of 1 week and discharged well.
This case illustrates the sequence of management in patients presenting with MI with history of CABG. More importantly, this case highlights the rare but dangerous occurrence of concurrent inferior and anterior myocardial infarction and the ECG changes that are associated with bilateral MI. Revascularization of both culprit arteries is of utmost importance and done in a timely fashion.