Psedoaneurysm of Popliteal Artery as a Delayed Complication of JETSTREAM Atherectomy

We performed atherectomy with JETSTREAM in this lesion as endovascular treatment. After surgery, the ABI improved and he was discharged without and specifics. Six days after atherectomy, he visited the emergency room, complaining of calf pain and swelling. The vital signs were stable, and there was no decrease in hemoglobin.

Pseudoaneurysm and hematoma were found in popliteal artery by CT angiogram. 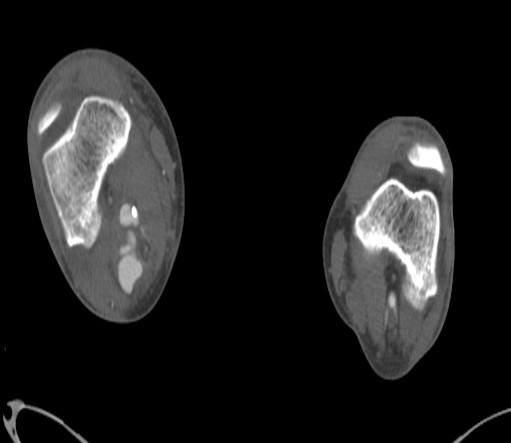 During the follow-up after hospitalization, the pain and swelling of the lower extremities worsened, and emergency surgery was performed due to suspected popliteal arterial rupture and compartment syndrome. 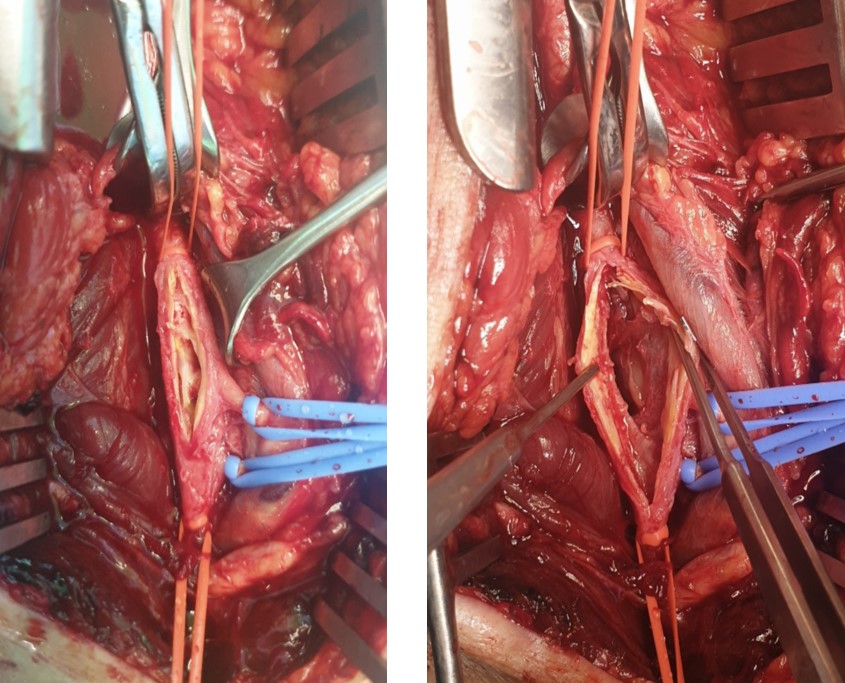 Peripheral atherectomy is utilised for the treatment of heavily calcified plaques in peripheral arterial lesions. Of the various atherectomy devices, The JETSTREAM Atherectomy System (Boston Scientific Corporation) is commonly used in lower extremity percutaneous interventions. As complications of JETSTREAM, embolization(9.9%) and dissection(8%) were reported, but the formation of pseudoaneurysm was rare.It is important to know the rare complications associated with JETSTREAM, since endovascular therapy in peripheral arterial disease has become increasingly common. Pseudoaneurysm is one of the rare complications associated with the use of JETSTREAM atherectomy device.