Blend of Conventional and Nonconventional Approach During Primary PCI of a Daunting Acute Inferior Wall MI: A Short Story

A 45-year-old heavy smoker young male presented with Severe central chest pain of 30 min duration associated with nausea and vomiting. His pulse was regular with 54/min and BP:100/70 mm of Hg with SpO2 of 98% in room air. His CVS exam revealed S1 S2 and no added sound. His Chest exam was normal. There were no accompanying arrhythmias. 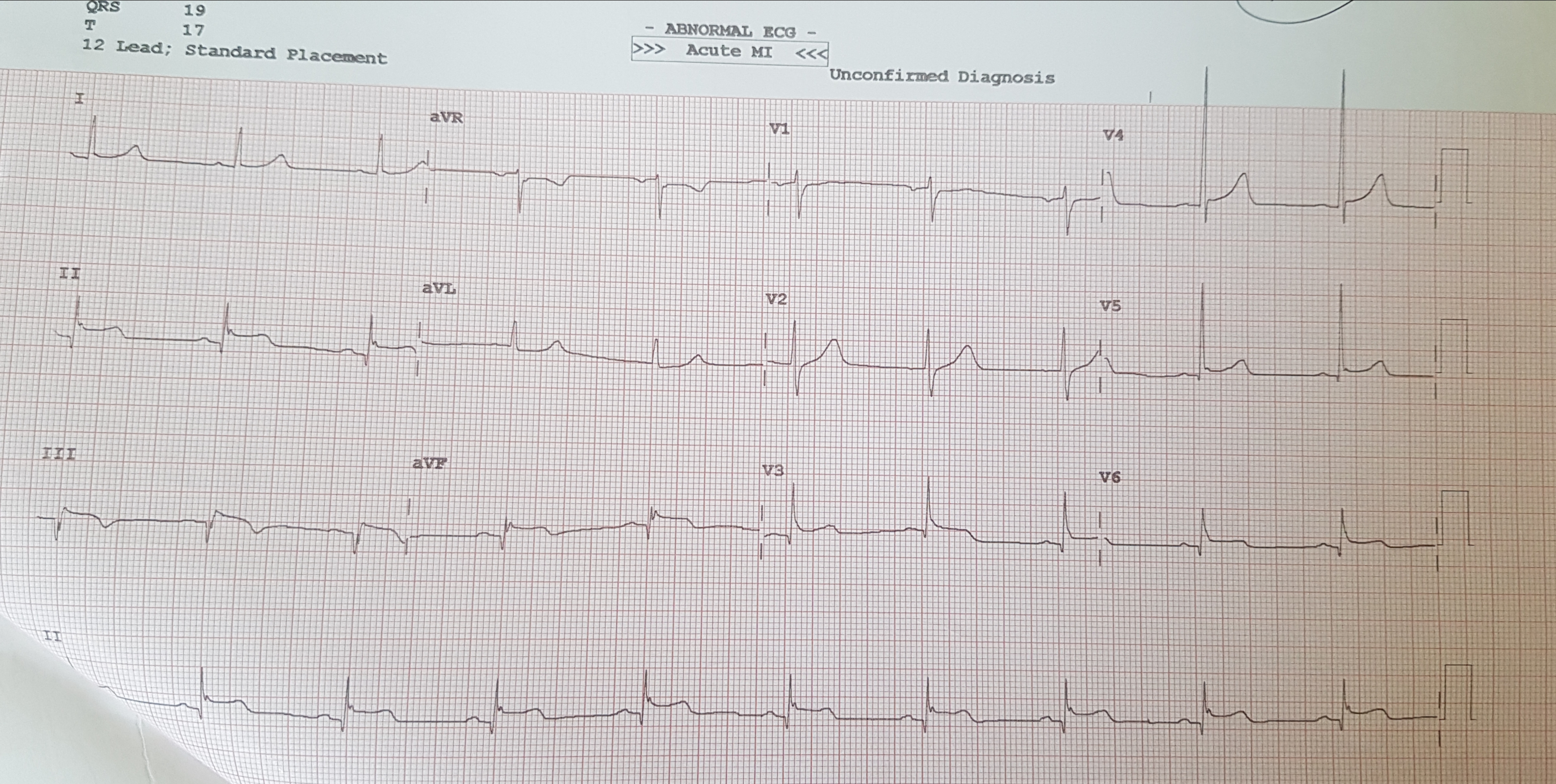 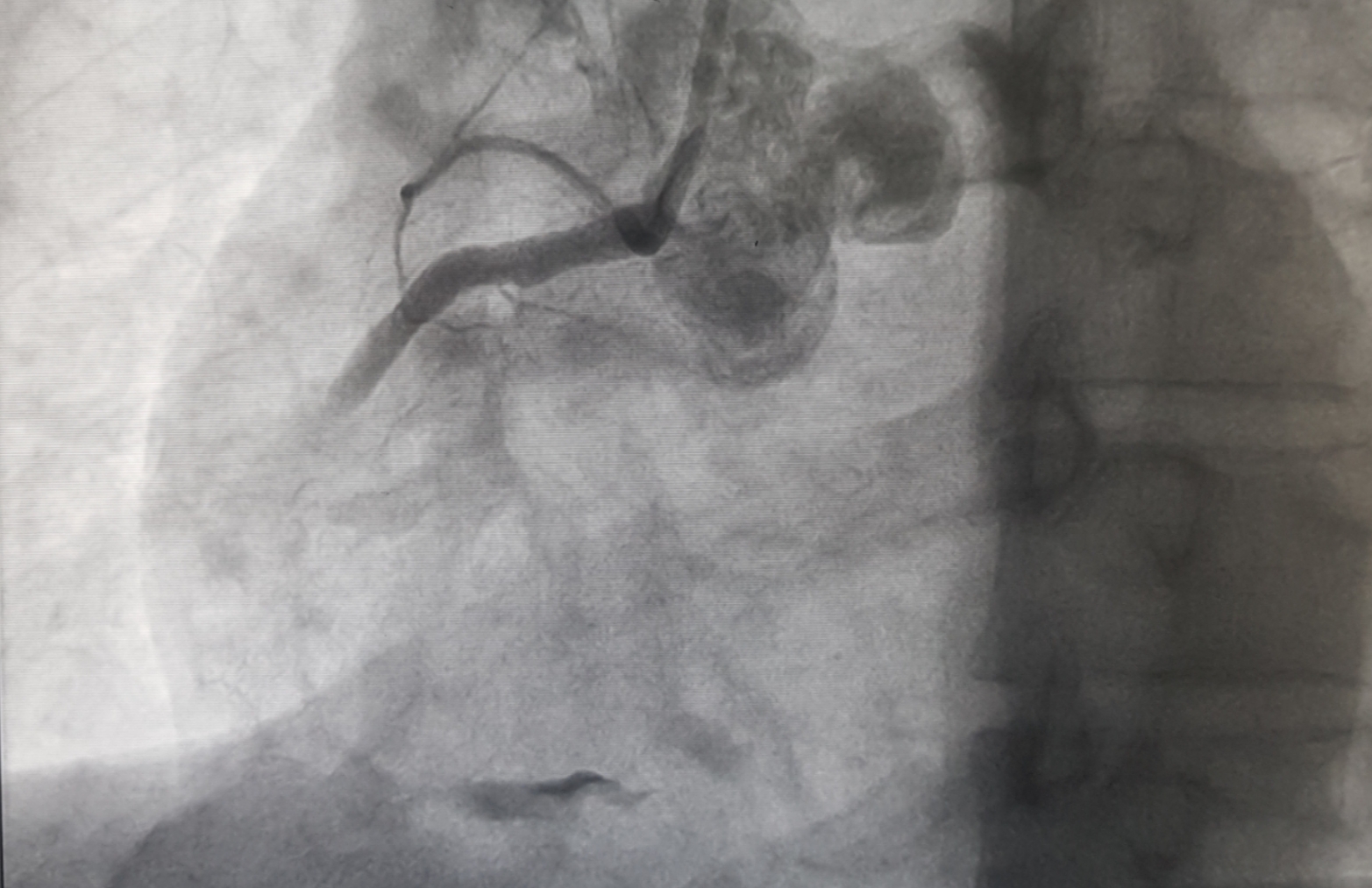 A 6F Radial Sheath (Terumo, Japan) access was established via rt radial artery. A 6F JR 3.5 guide catheter (Medtronic, USA) was hooked in the ostium of RCA. 0.014” BMW (Abbott, USA) was navigated in RCA but could not traverse distal RCA (Vid3). Then guidewire of 0.014” Choice PT MS (Boston Scientific, USA), helped traverse the distal RCA beyond the bifurcation of PL and PDA. Repeated plain old balloon angioplasty was performed in the distal segment of RCA using 2.0 X 12 mm NC Quantum balloon(Abbott, USA) at 12-16 atm but the efforts remained futile. Then we tried repeated Thrombosuction with 6F Thrombuster II(Kaneka, Japan) but still, the flow could not be established. Then we came up with the novel idea of giving intracoronary Streptokinase 0.5 million IU and after 20 min of intracoronary STK infusion again record 10 times thrombosuction with 6F Thrombuster II (Kaneka, Japan) was carried with the retrieval of clots(fig 2) and TIMI II flow was established(Vid4). Meantime remaining 1.0 million units were infused systemically via a peripheral IV line. Since the RCA was ectatic with good vessel size discrepancy and large thrombus burden, stenting was deferred. In this case, we combined both conventional and nonconventional approaches to achieve at least TIMI II flow. The patient’s hospital course was uneventful and his EF improved from 40-45% to 50-55% with residual hypokinesia of basal Inferior wall only. There were no any access/non-access site bleeding complications. 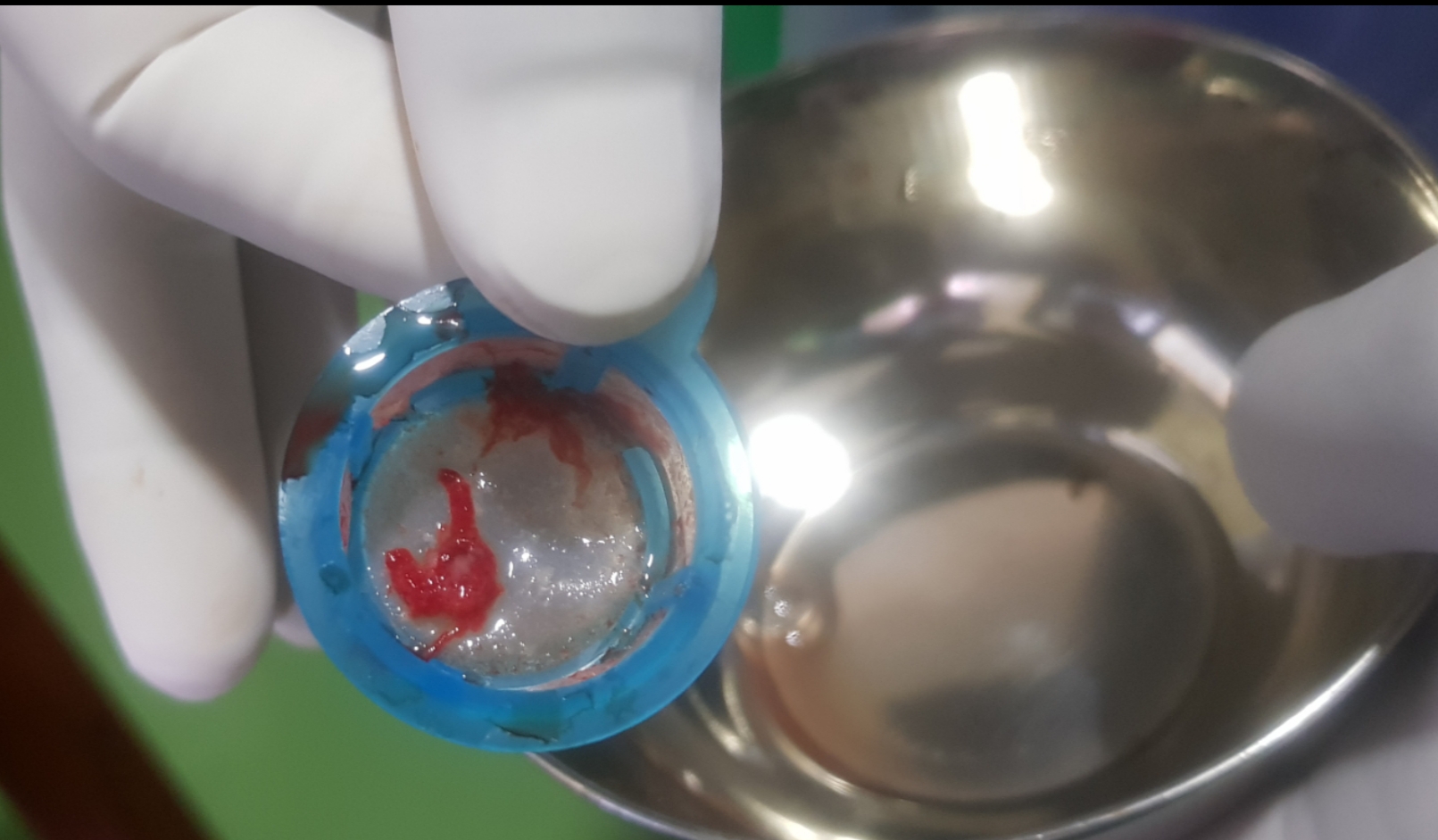 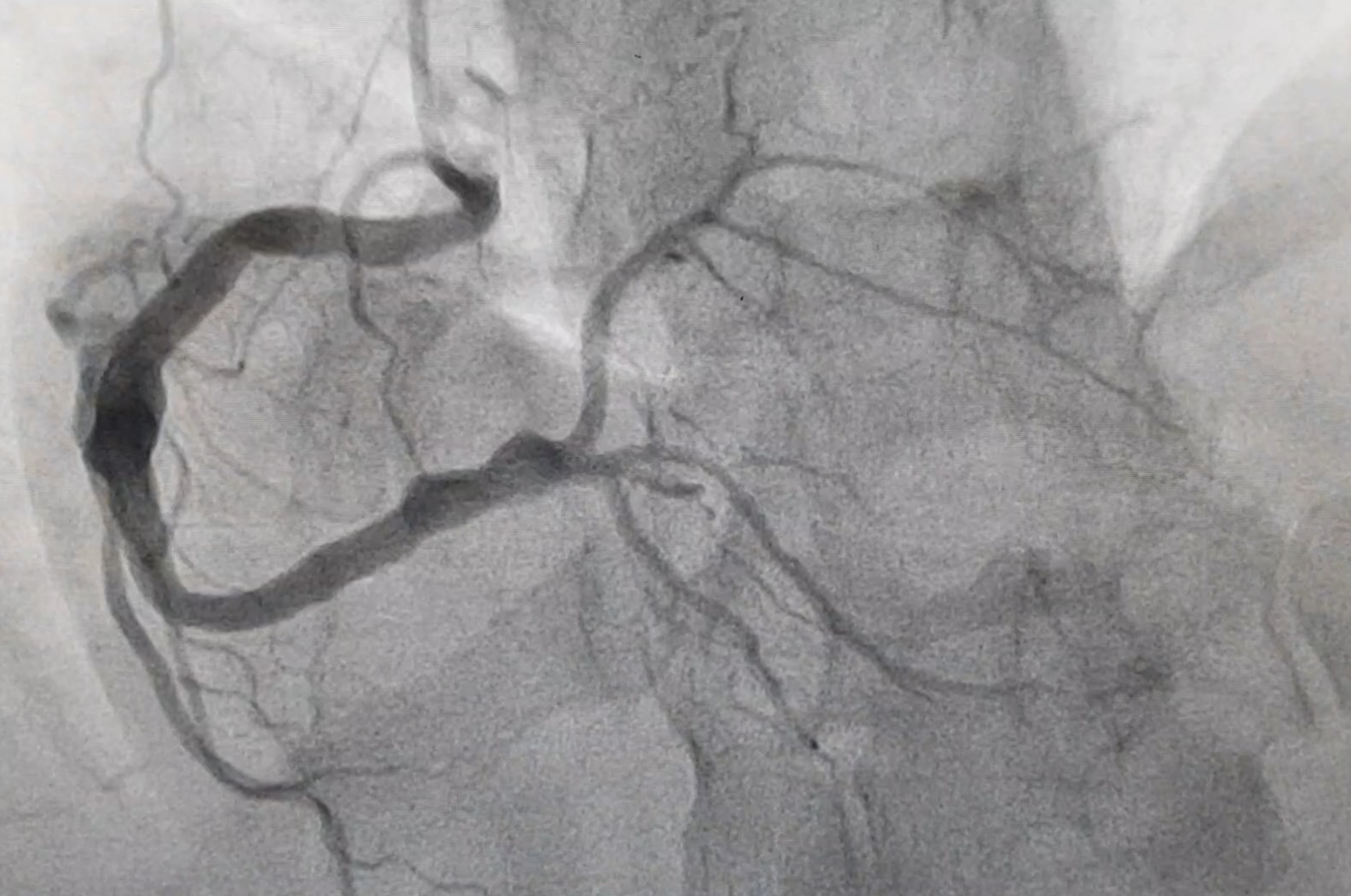