The girl of 8 years turned to the dentist with bleeding from the gum in the area of ​​4.6 tooth. This tooth was removed. Started profuse bleeding from the hole of the extracted tooth. The girl has received an embolization of a. alveolaris inferior on the right and the tamponade of the hole. The bleeding was stopped. Two days later, bleeds again and is transferred to the Republican Cardiology Center of Ufa for embolization of blood vessels supplying the cyst. 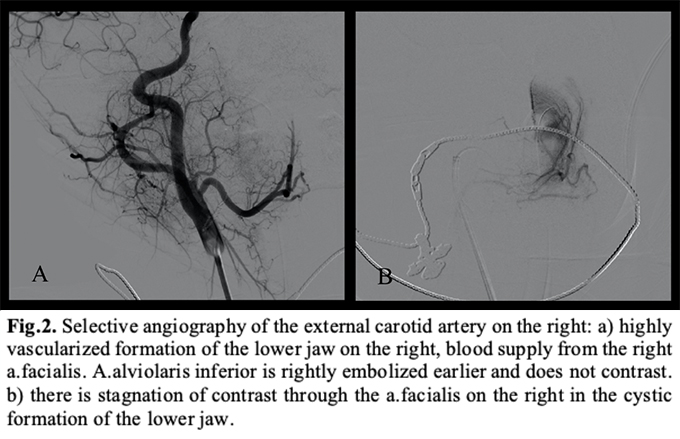 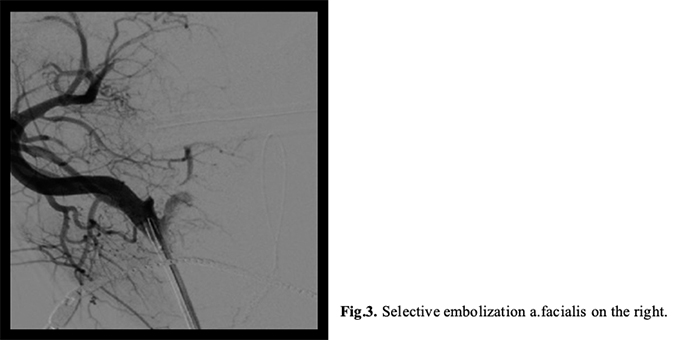 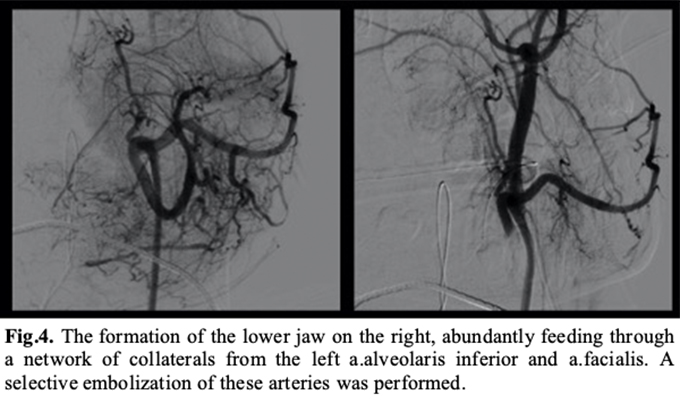 Curettage and wide bone resection can be complicated by heavy bleeding. Bleeding from an aneurysmal bone cyst after embolization was not observed, and during extended curettage, blood loss was only 10 ml. The postoperative result was good aesthetically and functionally.It is recommended that preoperative embolization of the blood supply arteries be performed to avoid excessive bleeding during surgery. Multiple bone septum can also cause relapse due to incomplete curettage.Embolization is an effective procedure in the treatment of the aneurismal bone cyst and may be included in the main treatment method.