Short-term data exist on the efficacy and safety of a polymer-free everolimus-eluting stent (EES) coated with a nitrogen-doped titanium dioxide (N-TiO2) film in a porcine coronary model. The long-term outcomes of this stent compared with those of a commercial non-polymer coronary stent have not yet been reported.

Sixty polymer-free EESs coated with an N-TiO2 film and polymer-free sirolimus-eluting stents (Coroflex ISAR®) were implanted in 30 pigs. Quantitative coronary analysis and optical coherence tomography (OCT) were performed immediately, 3 months, and 6 months after stenting. A histopathologic study was conducted at 1, 3, and 6 months after stenting. 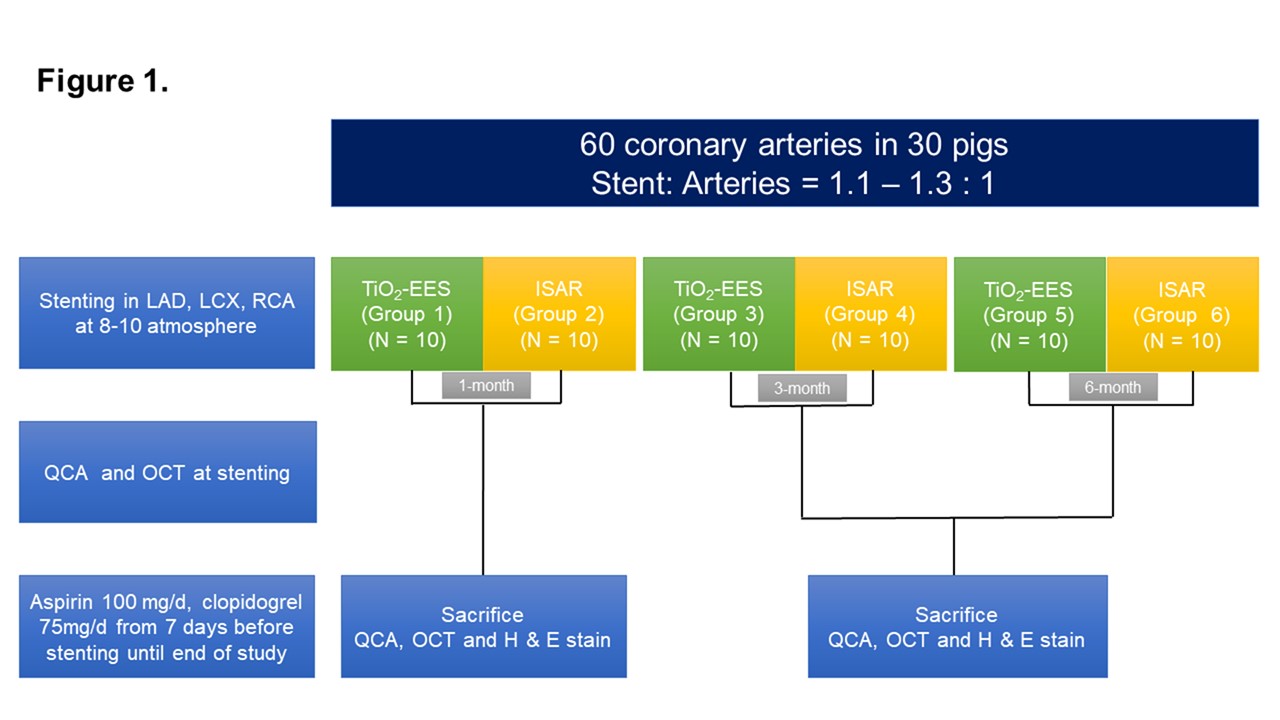 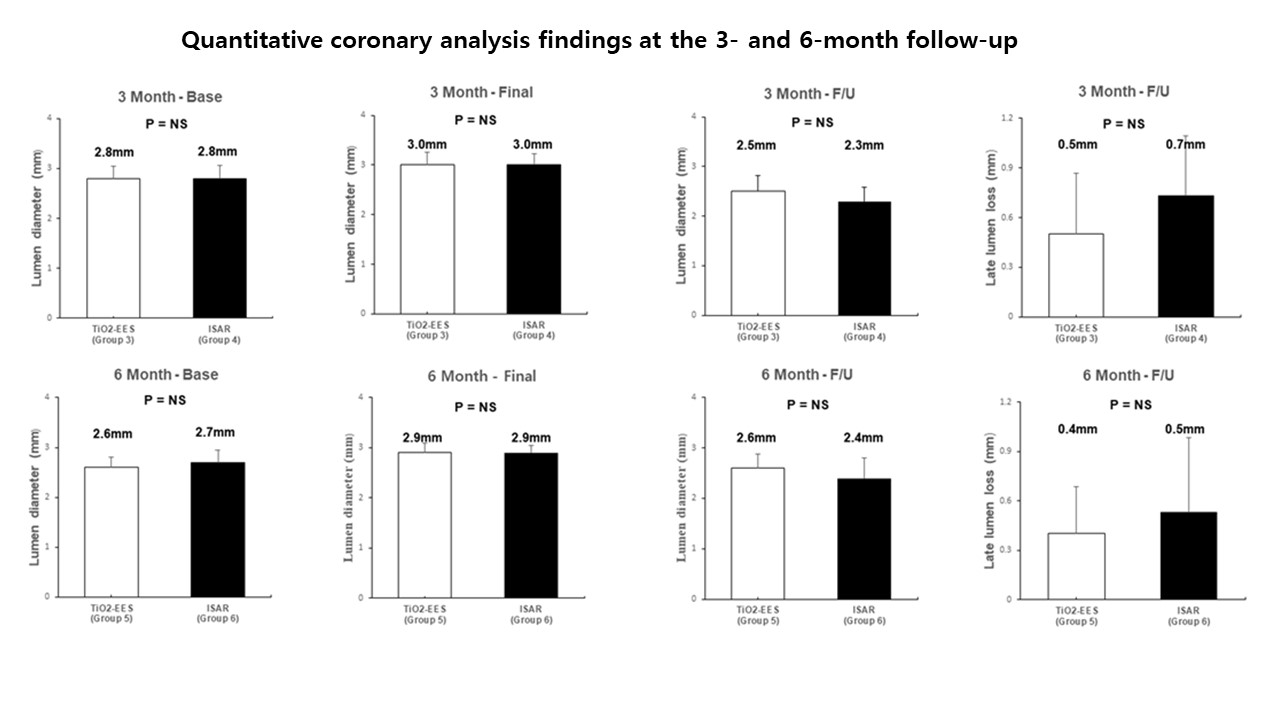 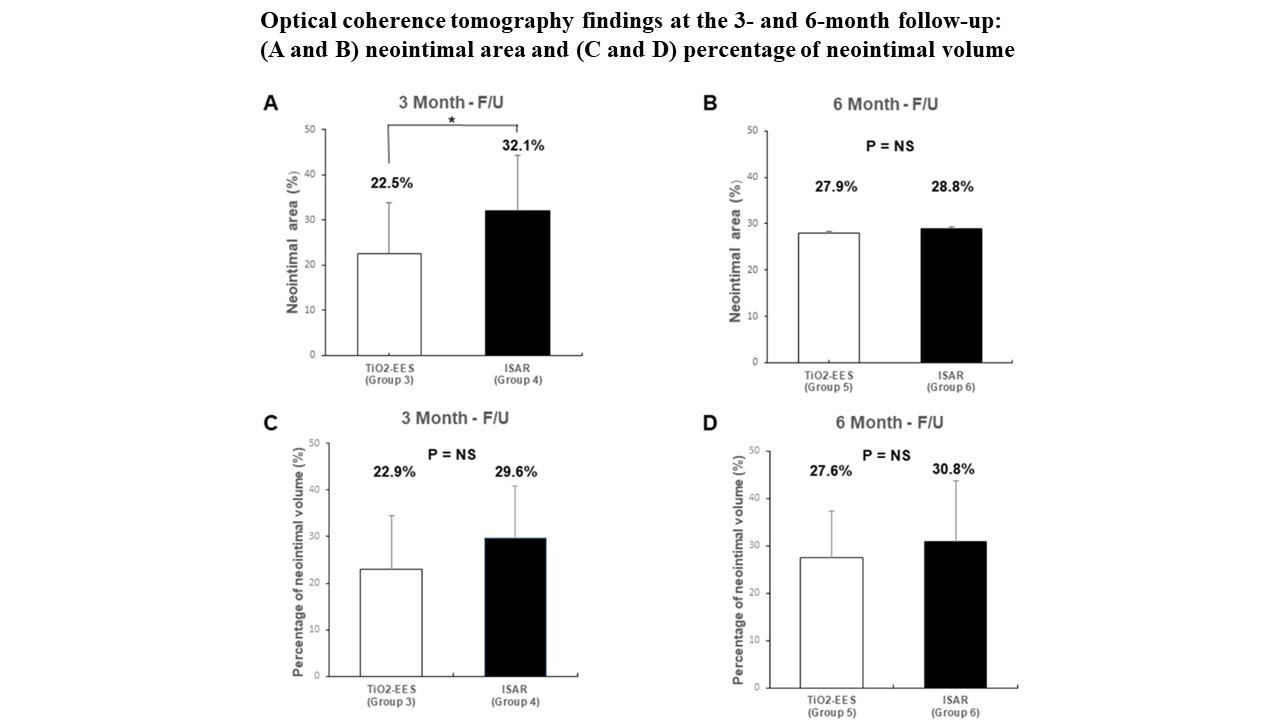 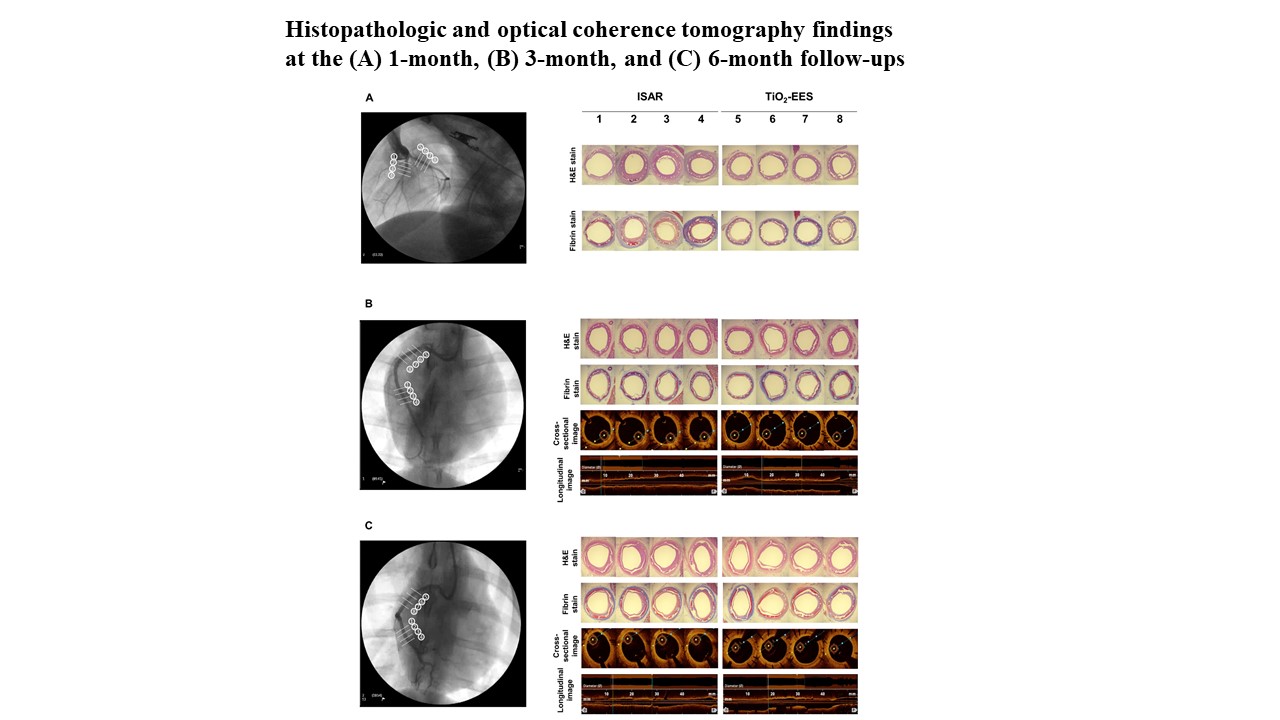 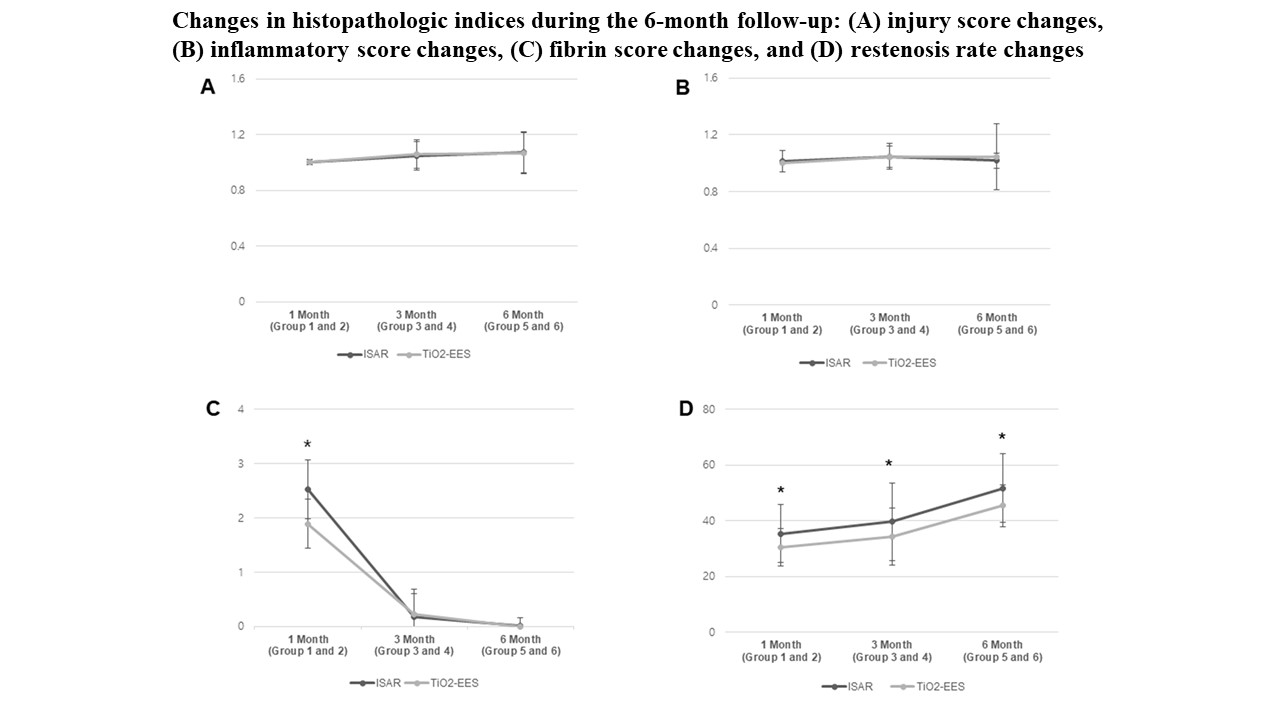 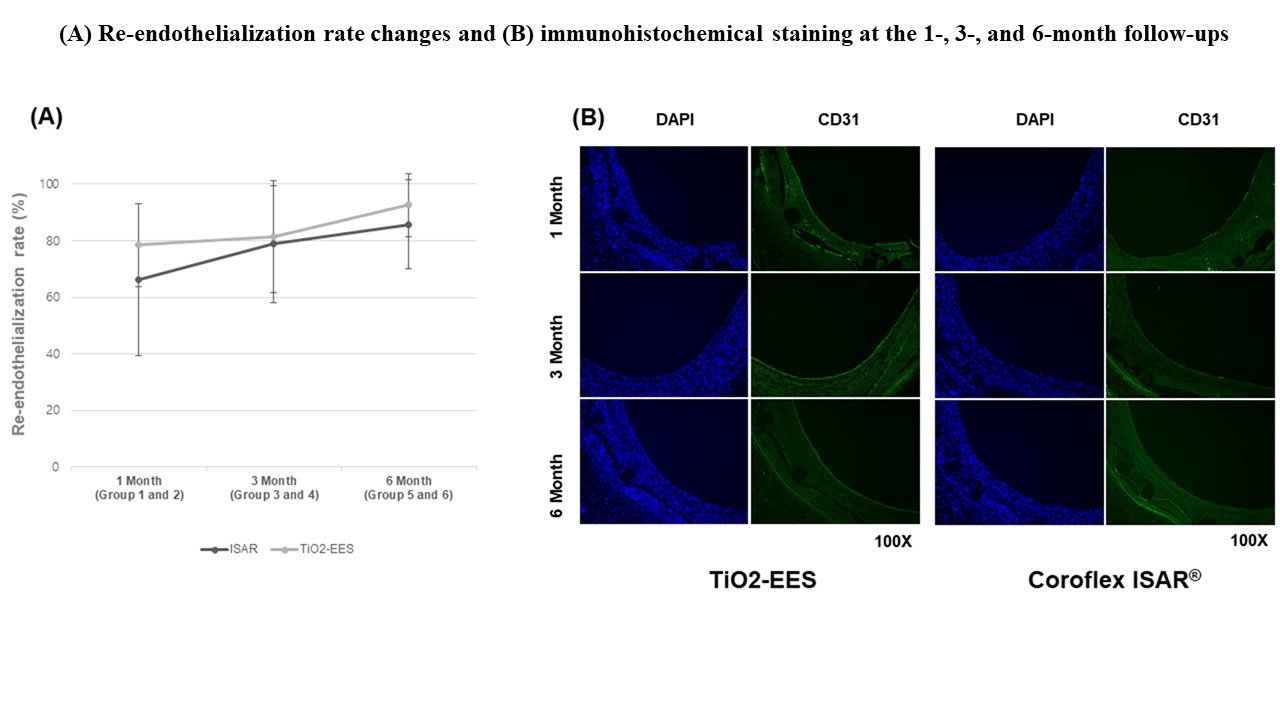 The novel polymer-free EES showed lower restenosis rates and higher biocompatibility than the Coroflex ISAR® on histopathology at the 6-month follow-up in a porcine model.