Deep Learning Segmentation of Lumen and Vessel on IVUS Images

Intravascular Ultrasound (IVUS) is one of the most common imaging modality in the clinical field. However, due to the poor image contrast of ultrasound, it is very hard to clearly differentiate structures such as lumen and vessel areas on the image. As a result, it has still remained a challenging task even though state-of-the-art image processing technology has been developed. Recently, wide applications of deep learning have been reported for various medical imaging modalities like X-ray, computed tomography (CT), and magnetic resonance imaging (MRI). In this study, a novel deep learning method was proposed for the accurate segmentation of IVUS images.

118 IVUS imaging was conducted and collected for 101 patients who visited Asan Medical Center (AMC) in Nov. 2016. After excluding 14 IVUS imaging for the previous stenting, three radiographers with more than ten years of experience annotated lumen and vessel on 9715 frames. The proposed model created by modifying U-Net architecture had two decoders for shape and edges, respectively. The loss functions were dice coefficient loss and weighted dice coefficient loss for each decoder. Model performance was evaluated with Jaccard Index (JI), Hausdorff Distance (HD), and Percentage of Area Difference (PAD) were also considered besides Dice Coefficient (DC). 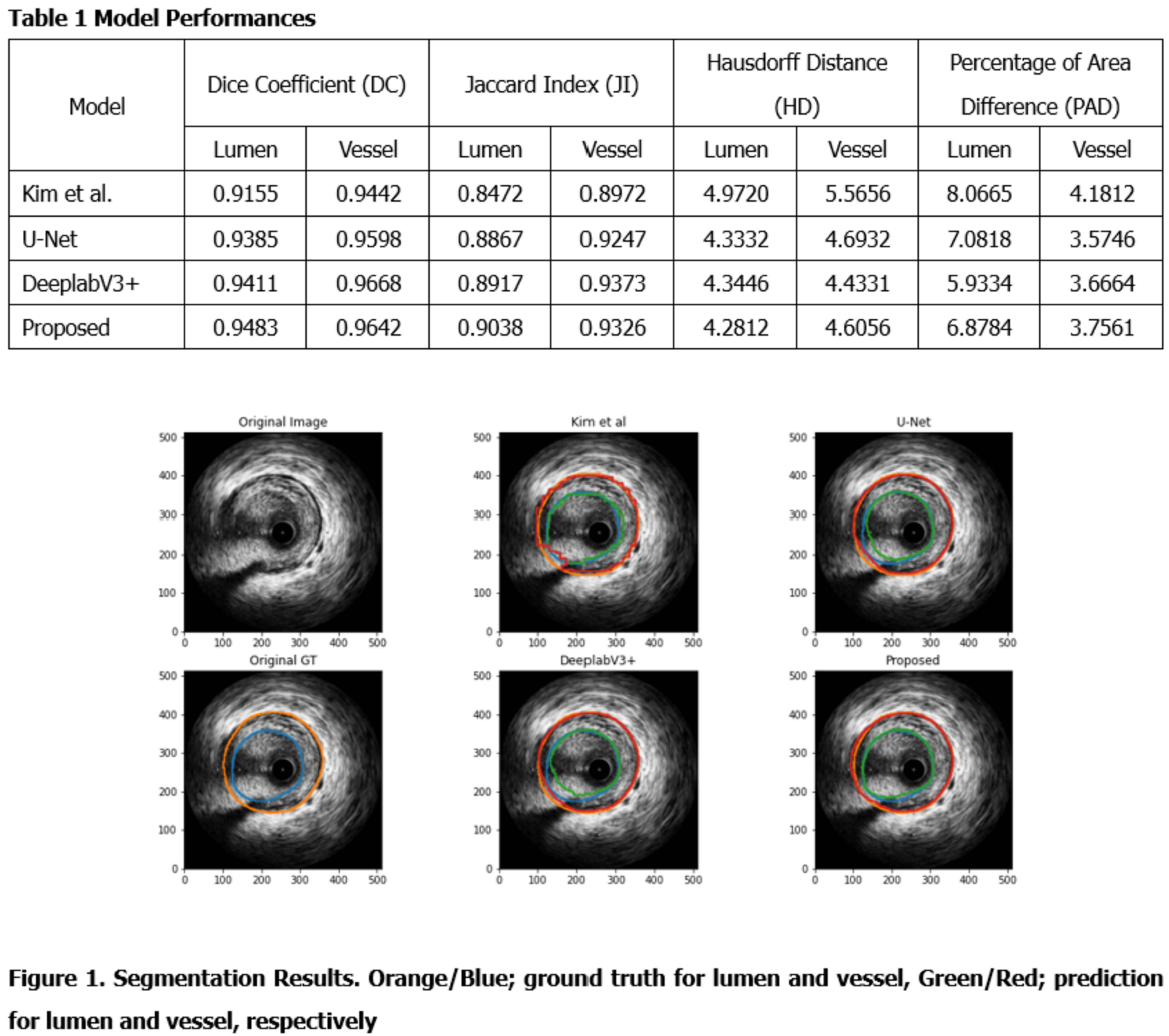