Neurologic complication like silent ischemic stroke often occurs after transcatheter aortic valve replacement (TAVR) which is an unpredictable incidence, especially in Thailand. We aimed to evaluate the incidence and predictors. 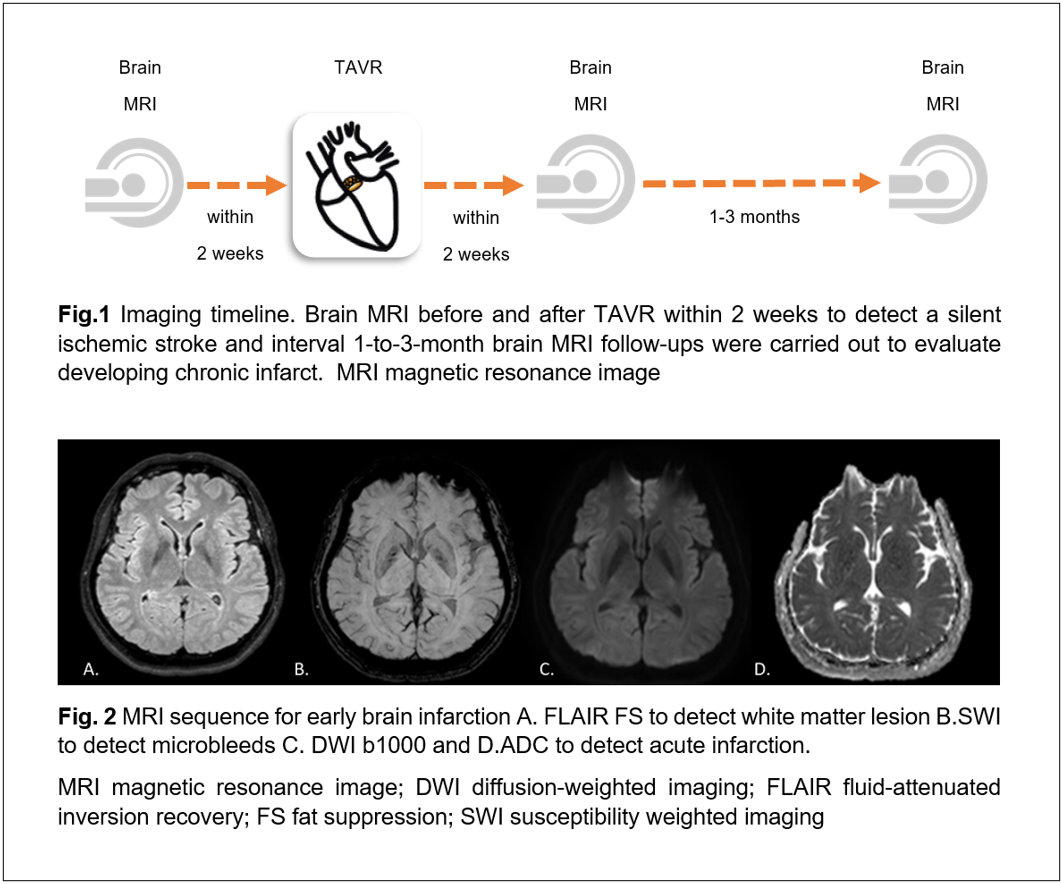 32/34 patients (94%) had acute ischemic foci after TAVR. Most patients had clinically silent ischemic strokes. Only two patients presented with neurological symptoms. One had acute large right MCA infarction with severe stenosis at M1 Segment of the right MCA with atherosclerosis(Fig. 3), and another one had acute left pontine infarction(Fig. 4). Total acute ischemic lesions were 308 lesions with 1 - 59 lesions per patient. 58.4% of lesions were small (≤ 3 mm), 40% were medium (4 -10 mm) and 1.6% were large (> 10 mm). ADC value was 0.1 - 1.33x10−3 mm2/s (mean±SD = 0.61±0.17 x10−3 mm2/s) representing acute infarct with fewer varying ages. The distribution of the lesions was predominantly in the left cerebral hemisphere (34%) which mostly located at the left frontal lobe, cortical/subcortical region. Middle cerebral artery (MCA) territory is most affected which is followed by posterior cerebral artery (PCA) and anterior cerebral artery (ACA) territories. After 1-to-3-month follow-up, only 71 lesions chronologically changed into chronic infarct with shrinkage size. New microbleeds were 8 lesions and macrobleed were 4 lesions which some are not associated with acute infarct location. The valve dislodgement (B=36.18, p=0.007) was only independently associated with the number of post TAVR acute infarct foci. 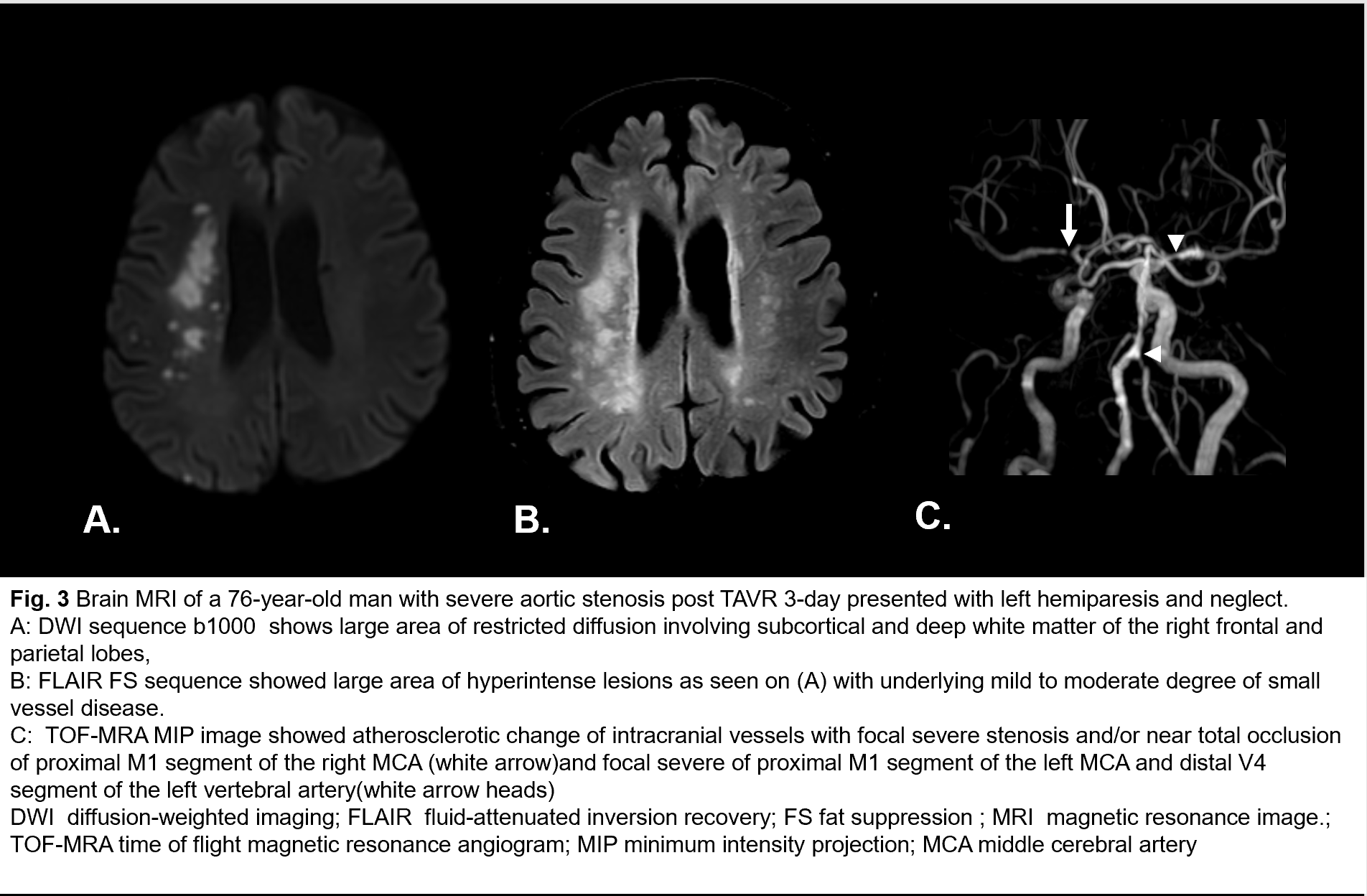 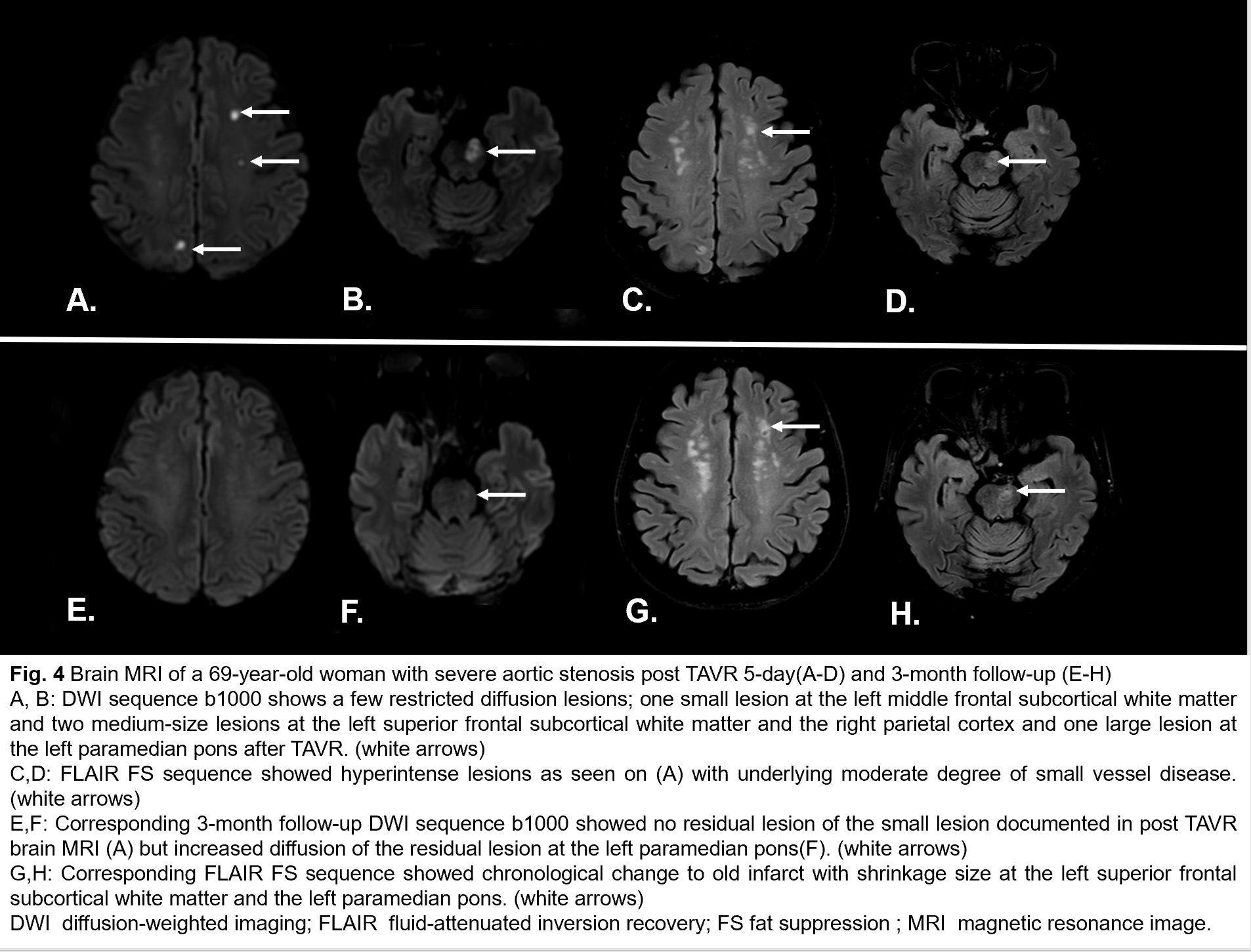