We sought to investigate the predictive value of angiographic parameters for residual ischemia after drug-eluting stent (DES) implantation.

A total of 2,147 patients who underwent percutaneous coronary intervention (PCI) with 2nd generation DES were analyzed. All patients were divided into three groups based on post-PCI fractional flow reserve (FFR) (≥0.88 in optimal PCI, <0.88 or >0.80 in suboptimal PCI, ≤0.80 in residual ischemia). Target vessel failure (TVF) was defined as a composite of cardiac death, target vessel-related myocardial infarction and target vessel revascularization. Association between variables was assessed using the Pearson or Spearman correlation coefficient. Hierarchical clustering of correlation matrix was used to visualize the similarity among the parameters. Survival analysis and multivariable cox proportional hazard regression analysis were used to investigate the cumulative incidence and the independent predictor of target vessel failure. 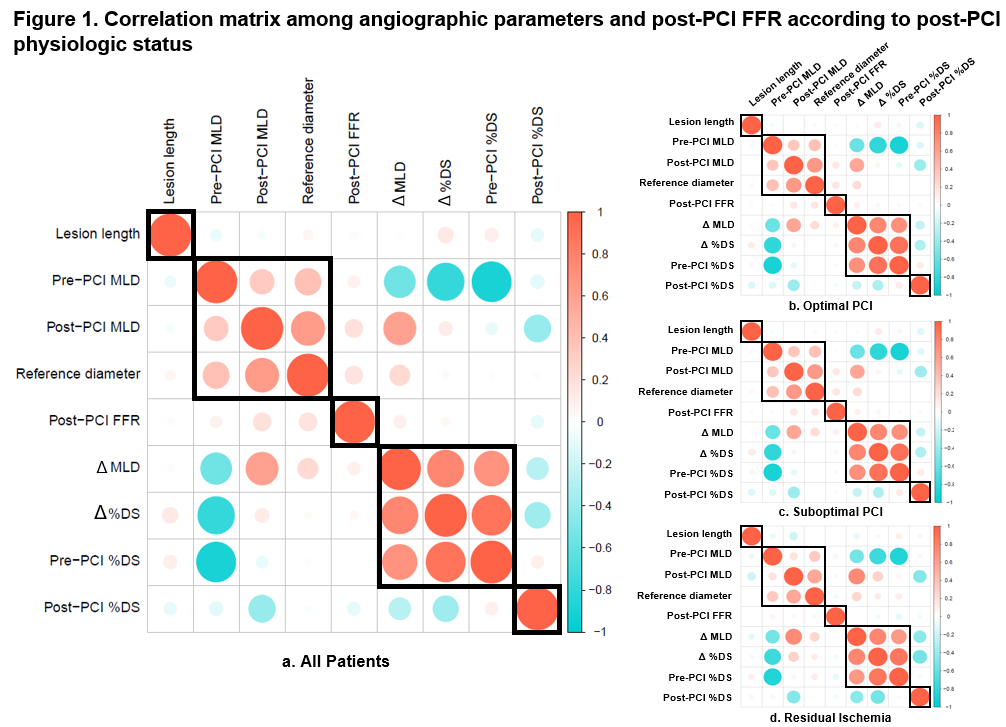 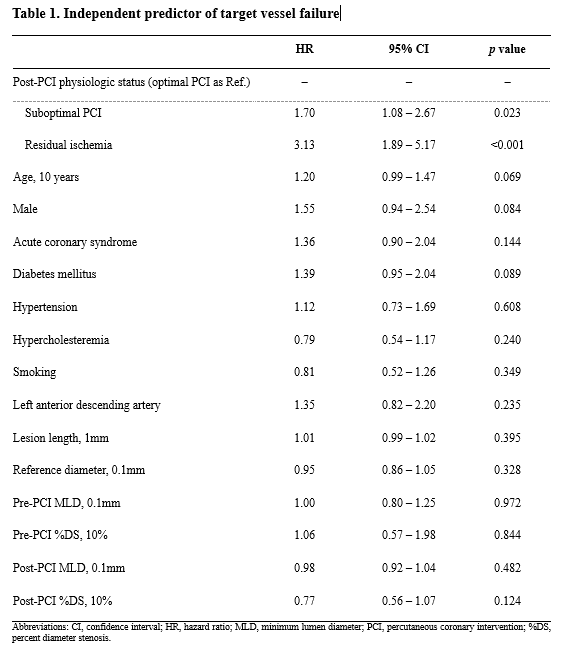 Angiographic parameters did not show significant correlations with residual ischemia and could not predict TVF. Physiologic assessment after PCI can improve the patients’ clinical outcomes.