Despite the advantages of the radial artery access over the femoral approach, femoral access remains the main access in some interventions that require large sheathes as Trans aortic valve replacement (TAVR). Vascular complications are considered one of the frequent complications to arterial and particularly femoral access, With the wide adoption of the radial access femoral access complications may increase due to lack of expertise and daily practice.This study aims to provide descriptive anatomy of the common femoral artery among the Egyptian population through CT angiography of the lower limb trying to find fixed landmarks visible by fluoroscopy that can help perfect femoral artery puncture during different interventional procedures. 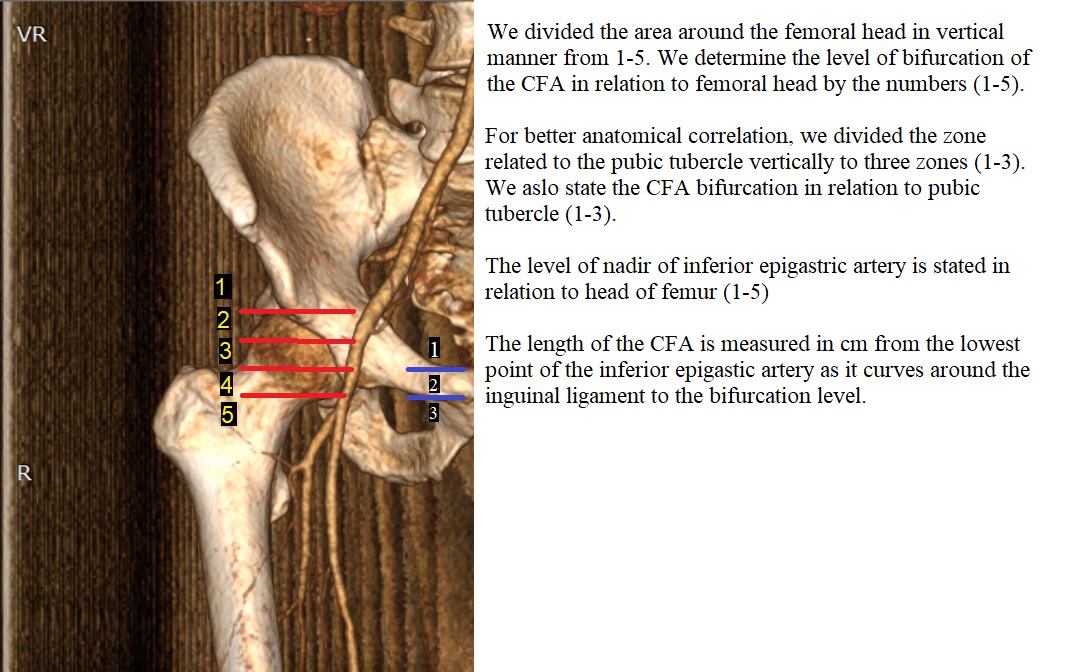 414 femoral arteries were reviewed in CT scans. 34 were excluded either due to occluded femoral arteries or due to poor opacification, and 380 were included in the study. CFA dimensions:
Origin of the common femoral artery: The nadir point of the inferior epigastric artery was noted to be almost always above zone 4.
Common femoral artery bifurcation: The bifurcation site was reviewed in relation to both the femoral head and the pubic tubercle. While zone 3 seems to be a safer option than zone 4 in terms of avoiding low puncture, adding the pubic tubercle in consideration -with a puncture in zone 4 or 5 above the pubic tubercle- can increase the probability of avoiding a low puncture (X-squared = 79.859, df = 1, p-value < 2.2e-16). 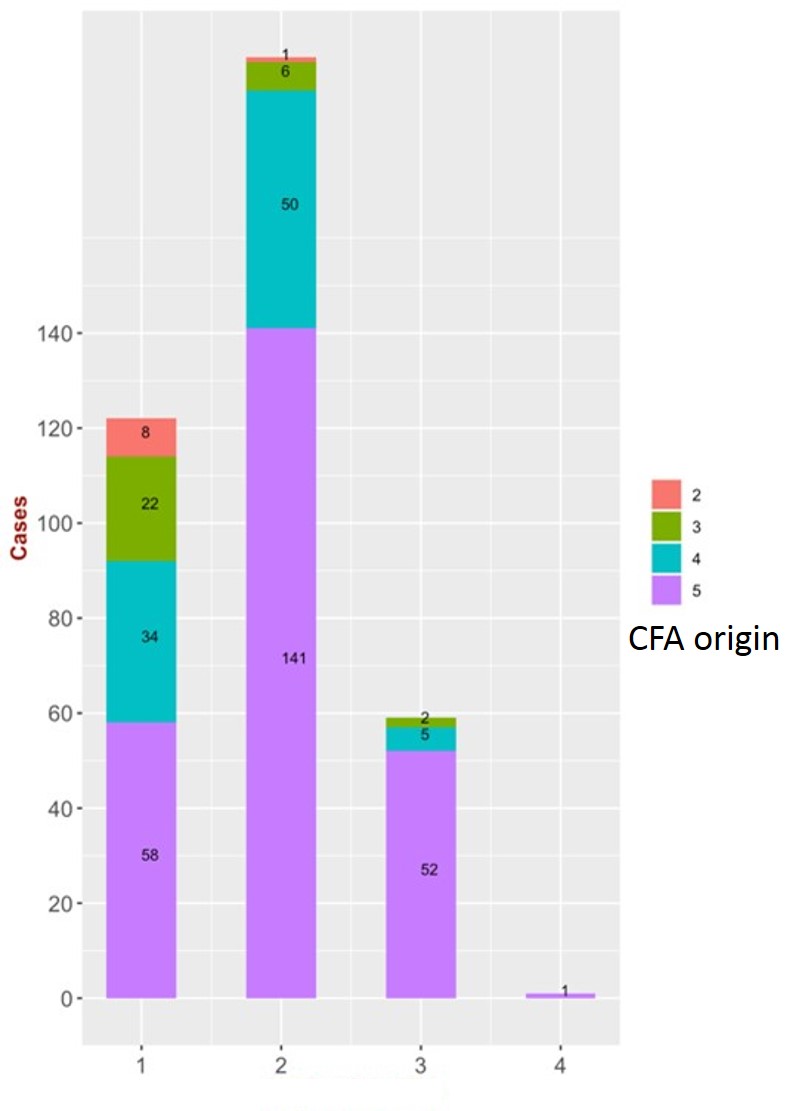 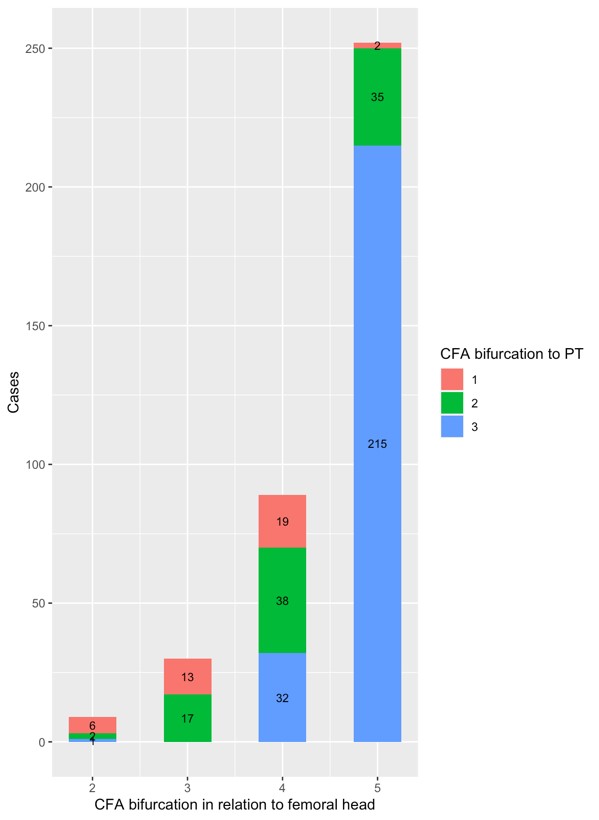 The vascular complication in intervention cardiology still depilating, so blind femoral artery puncture even with experienced operator is not advised. Using imaging guidance can decrease such complications and improve patient's outcome. The availability of ultrasound machines may not be available in all Cath lab especially in countries with low budgets. As the fluoroscope is available so we examined the combination of fixed bony landmarks to guide the femoral artery puncture with such an easy and readily available tool. combining the femoral head and the pubic tubercle can provide more safety during femoral puncture.