Assessment of Diagnostic Accuracy by Each Resting Index - Comparison with FFR

Strategy based of physiological assessment by iFR (instantaneous wave-free ratio ; Philips) for coronary artery disease has got quite familiar due to its utility for clinical outcome. Recently, RFR (resting full-cycle ratio; Abbott) and dPR (diastolic pressure ratio; Zeon medical) were introduced as the other non-hyperemic indexes and showed strong correlation with iFR, respectively. However, they don’t have enough clinical evidences. The purpose of this study was to compare their indexes with FFR and estimate diagnostic accuracy of itself. 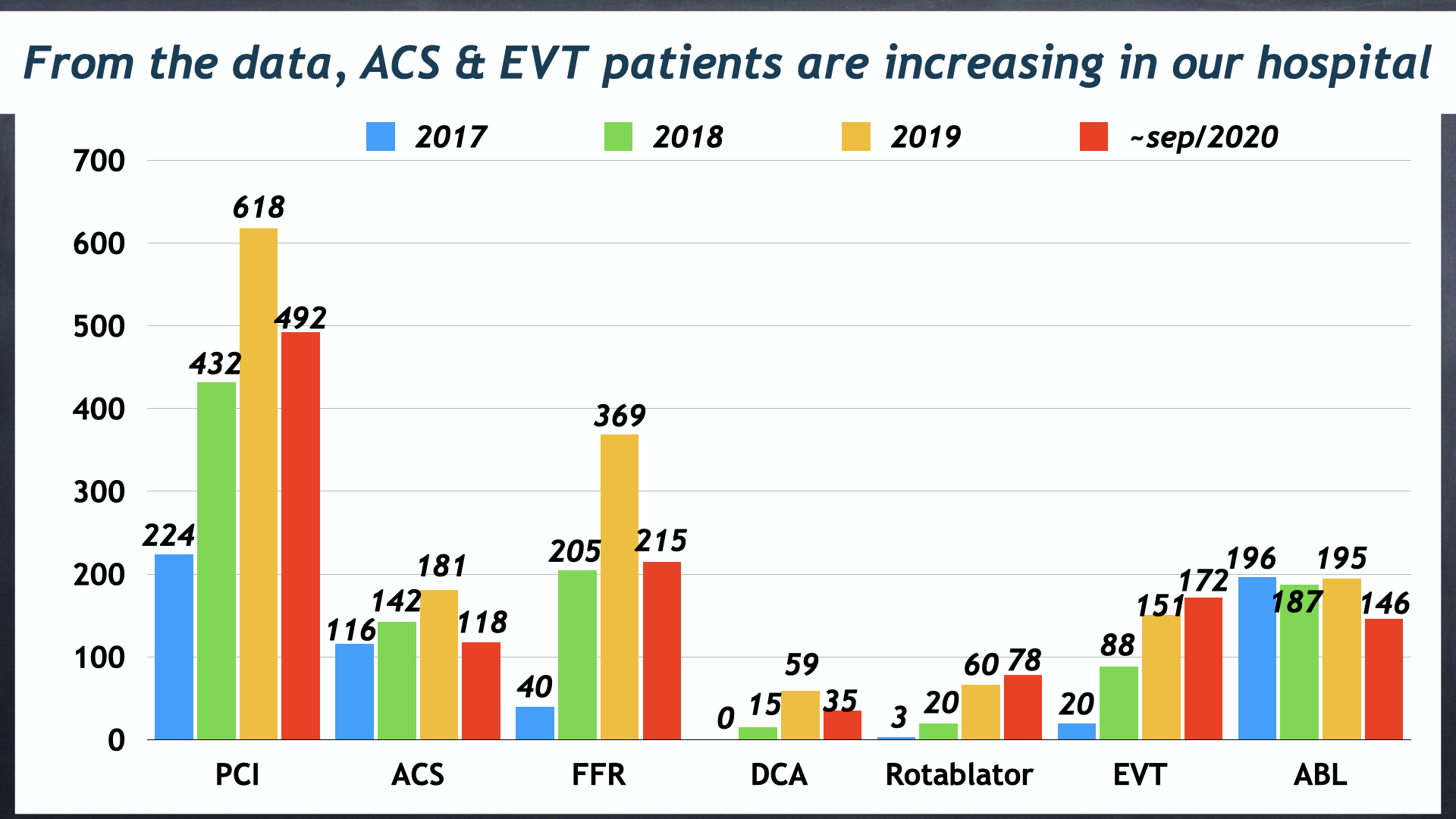 A total of consecutive 1008 lesions (iFR, n=391;RFR, n=309; dPR, n=308) was enrolled retrospectively, who underwent both FFR and resting index due to stable angina pectoris during September 2014 to October 2020. We assessed correlation coefficient and the area under the receiver operating characteristic curve by comparing each resting index (iFR, RFR and dPR) to FFR. 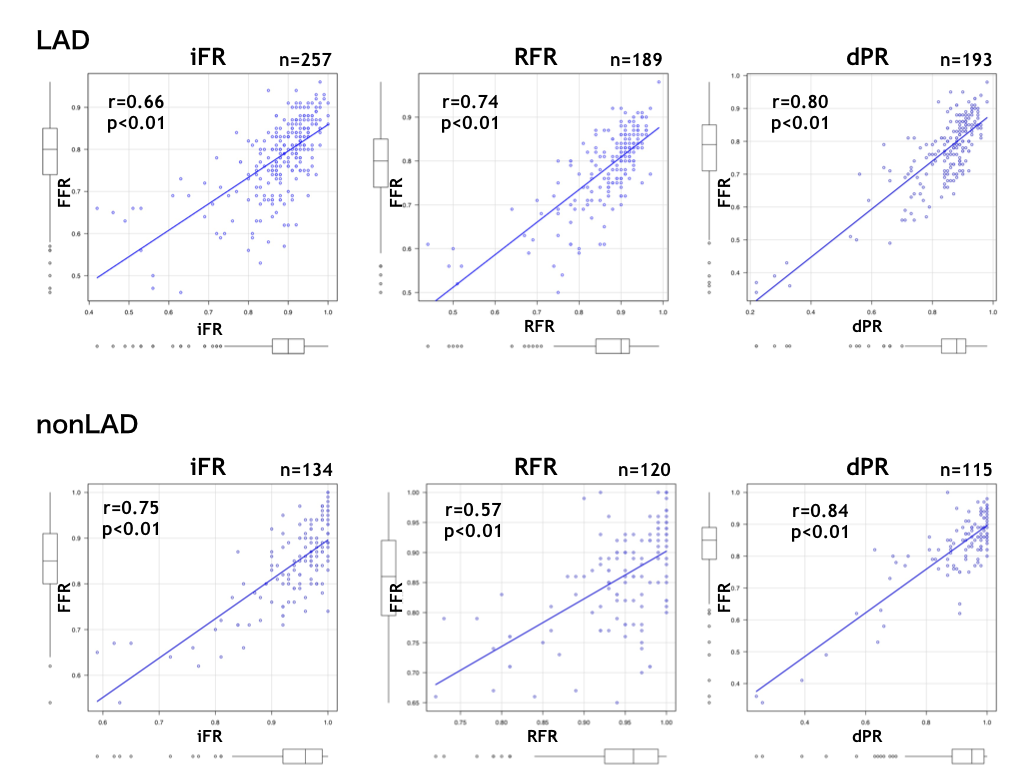 dPR had better correlation with FFR in every lesion. Each resting index had a different cut-off value for FFR, moreover, RFR had low accuracy with FFR in nonLAD. This might be derived from the differences of calibration methods and calculation algorithms in themselves.