Intracoronary thrombus formation during ST-segment elevation myocardial infarction (STEMI) results in occlusion of the coronary artery. Primary percutaneous coronary intervention (PPCI) aimed to restore myocardial perfusion of the infarcted-related artery. However, distal thrombus embolization may occur during PPCI and caused further impaired myocardial perfusion. Eptifibatide is the only glycoprotein IIb IIIa inhibitors, which are available and included in the pharmaceutical reimbursement list in Thailand. It is indicated as adjuvant therapy in the current STEMI guideline for the treatment of a thrombotic complication during PPCI. From our knowledge, the conventional administration of eptifibatide nationwide was a double bolus of intracoronary (IC)Eptifibatide only without intravenous (IV) continuous infusion. The advantage of the double bolus only IC Eptifibatide not only easy to use but also reduce bleeding complications as compared to IV continuous infusion. We aimed to demonstrate the effectiveness and safety of IC Eptifibatide accompanied by the conventional PPCI.

This retrospective study included 156 patients who presented with STEMI and underwent PPCI by a single operator aimed to exclude inter-operator variation that may influence the outcome of PPCI, between August 2015 to May 2020 at Siriraj Hospital, Thailand. The study compared the conventional PPCI group and the IC eptifibatide group. The choice of periprocedural medications (including dual antiplatelet therapy, heparin, IC eptifibatide), coronary stents, and the use of aspiration thrombectomy device was at the operator’s discretion. The primary efficacy endpoints were post-PPCI Thrombolysis In Myocardial Infarction (TIMI) Flow and post-PPCI TIMIperfusion grade (TMPG). The primary safety endpoint was in-hospital bleeding events. We conducted the multivariate logistic regression to compare the outcomes of both alternative interventions. The use of propensity scores was also applied to identify and control for confounding in observed data. 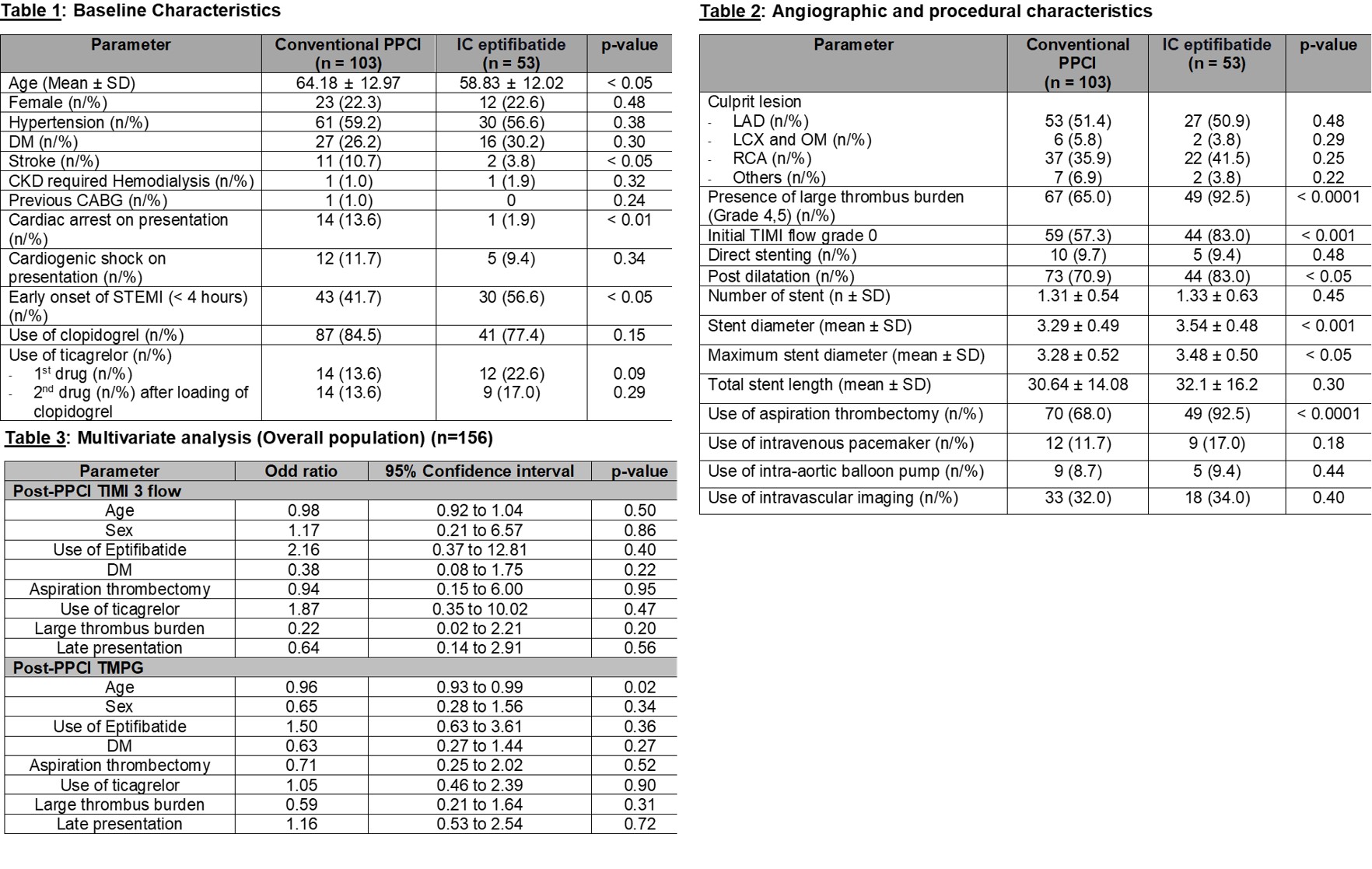 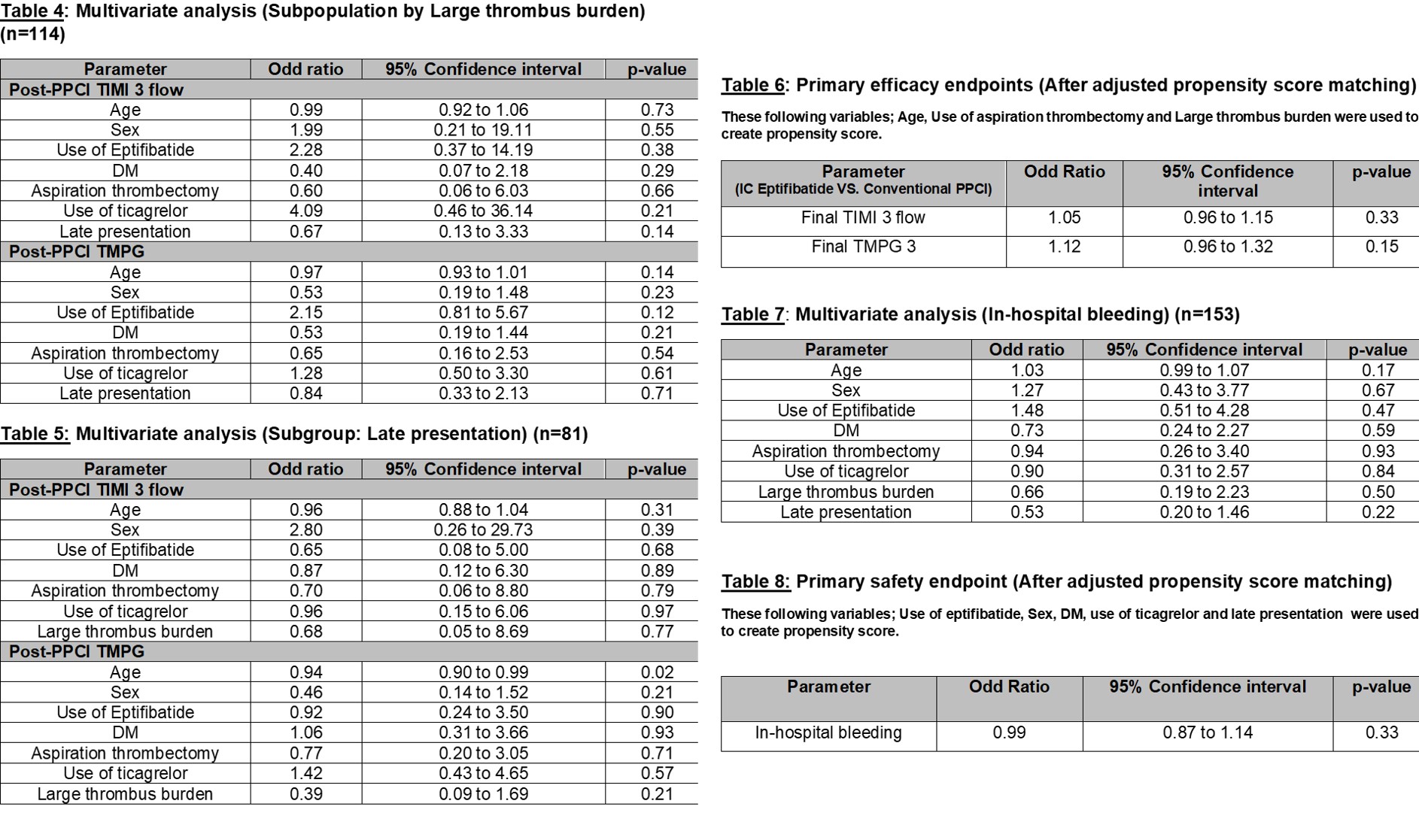 After adjusted propensity score matching, IC eptifibatide did not statistically significantly improve myocardial perfusion during PPCI with similar in-hospital bleeding events as compared to conventional PPCI. However, when considering the context of a limited resource setting (e.g. a lack of Angiojet thrombectomy and Laser atherectomy in Thailand). On the other hand, Eptifibatide was feasible in almost of catheterization laboratories nationwide. The use of IC Eptifibatide bolus only accompanies by conventional PPCI to achieved better myocardial perfusion was a reasonable option in the setting of PPCI in our country.